CLASSICO BORETTI 2013 – a snapshot and some snapshots 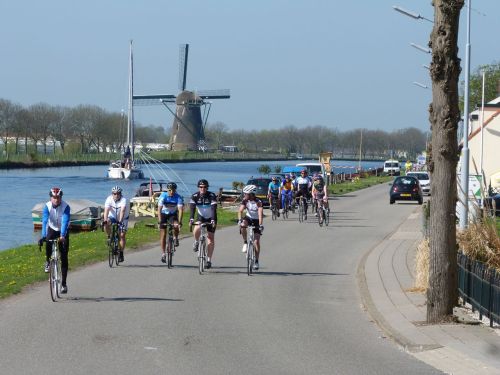 Of course there are windmills along the route.

6000 Dutch cyclists, some very expensive road bikes, an awful lot of bananas, boxes of krentenbollen (currant buns), thousands of litres of sports drink, several tonnes of penne bolognaise at the finish and, for us, a little over five hours in the saddle…the 6th annual Classico Boretti ride. END_OF_DOCUMENT_TOKEN_TO_BE_REPLACED

CLASSICO BORETTI PICS – the camera has been found!

I’m eternally gratefully to the kind person who found my camera by the finish of Amsterdam’s Boretti Ride and handed it in. If you want to contact me I owe you at least a beer and a free entry pass to next year’s event. 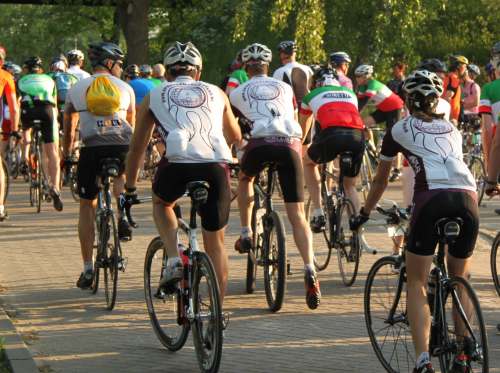 The morning sun shone brightly on the start.

END_OF_DOCUMENT_TOKEN_TO_BE_REPLACED 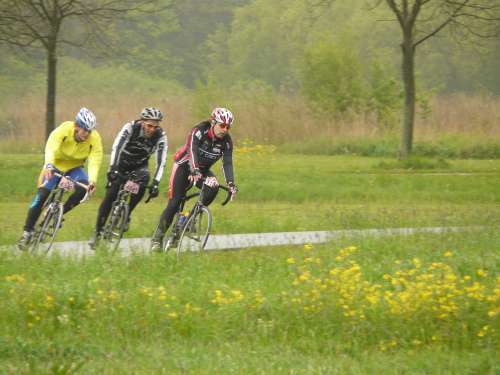 110km is a long way for me to ride, particularly on a new bike with a new saddle. The Classico Boretti is sponsored by the makers of Italian kitchen appliances, and by the end of the trip I felt as if I’d completed the distance carrying an oven and sitting on a gas burner. END_OF_DOCUMENT_TOKEN_TO_BE_REPLACED 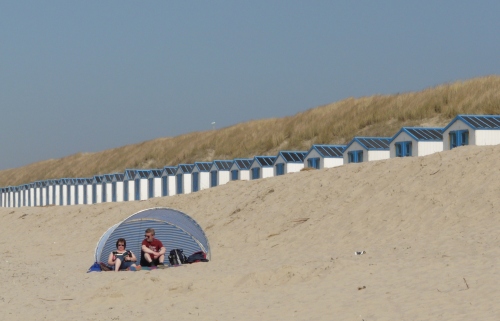 The real summer is yet to come.

I had hoped to bring you a Saturday photo of today’s Classico Boretti Bike Ride out of Amsterdam. I rode the 110km course, stopping along the way to take shots of the line of lycra loonies passing windmills and beaches, dunes and canals.

Then I arrived back in time to photograph others slower than myself (yes there were a few, though not many) crossing the finish line.

I got some great shots, but you’ll have to take my word for that, because…

I mounted my bike and rode home. ‘Now I should take a photo of myself,’ I thought. And I would have, only my camera was gone from the saddle bag.

Lost, stolen or strayed? I don’t know, but it’s gone.

If you found it, maybe outside the Velodrome where the Boretti finished, drop me a note in the comments box below and I’ll love you forever.

If you stole it, congratulations on crawling so nimbly through a tiny window of opportunity. Now could I have it back please? 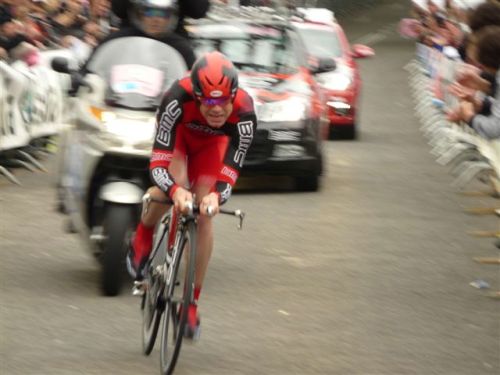 My photo of Cadel Evans in the Apollolaan

Your 10 minutes 20 seconds was a good effort for the Giro prologue through the streets of Amsterdam today. A little Dutch boy beside me commented, ‘He’s riding even faster than the car behind him!’ You pipped my time for the course by just under 42 minutes. But you couldn’t have done it without my help…

While you were having breakfast this morning, I was contributing to grassroots Australian cycling by riding the Classico Boretti around the backblocks of Holland, trying to keep up with the Dutch amateur riders.

You’ve probably heard that elite sportsmen like you can’t develop without thousands of ordinary Richard Tullochs doing their personal bests in their chosen sports, so I hope you appreciate all l’m doing for you. It cost me 15 euros and a lot of muscle fatigue to support you today, but it was worth the money and the pain.

At around 8 am I joined some 5000 Dutch riders at the Amsterdam Velodrome. 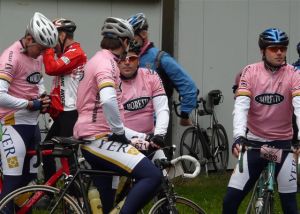 My opposition prepares for battle

I thought the Classico Boretti would be a bit of a giggle – a few kilometres pedalling to the nearest cafe, then a quiet morning beer in the sunshine – but no, they take their cycling very seriously in Holland. Everyone but me had a smart racing bike, and serious cycling gear from their cycling club.

I was hoping to slipstream a group of riders marginally stronger than myself, but within a few minutes, lycra was whipping past me and disappearing into the middle distance. I have a perfectly decent touring bike and reasonable touring legs, but they just couldn’t mix it with the tough Dutch hard men. 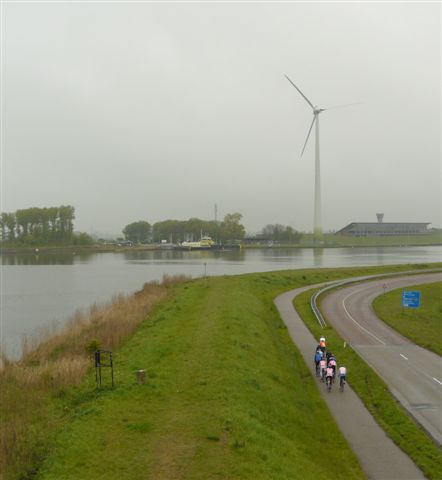 So I stopped worrying about my time, and after that I found the Classico Boretti was following a particularly beautiful course, heading out from Amsterdam towards the North Sea, then through the undulating dunes and the wealthy village of Bloemendaal, famous for its extremely successful hockey team featuring some of Australia’s finest players. 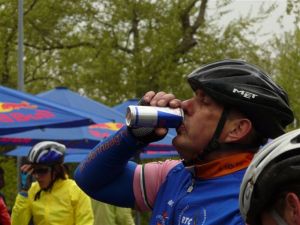 At a pit stop, the Boretti people provided lunch – a currant bun, half a banana and can of Red Bull. I’m not sure if you’re allowed to drink Red Bull, Cadel, but it seemed to make some of my fellow cyclists ride even faster.

But Cadel, you know how it is when the whole of Australia is depending on your performance. I hung in there and finished the 75km course, and when I collected my goody bag at the finish, there were still other riders trickling in, so I hadn’t come last!

The organisers ensured that we all got a bowl of pasta at the finish to make us feel Italian, and we had the chance to be photographed with the ‘Giro Miss’, a charming young woman who had been selected as the most attractive cycling fan in Amsterdam. It was tempting, but I know you guys only get kissed when you finish on the podium, so I didn’t think I’d earned it.

Then Boretti offered us all a free ride in a shuttle bus to see you ride the Giro. A bus? For cyclists? How wimpy would that be??! I rode my own bike to the Giro course, thank you very much, found a spot by the Apollolaan, and took the above photo of you. Hope you like it.

Good luck for the ride to Utrecht tomorrow, Cadel.

Your bruised and battered Aussie mate,

PS If I ever do the Classico Boretti again, I think I need one of those light bikes with very thin tyres and funny handlebars. Are you happy with your one, Cadel? Could you suggest any shops that sell them at reasonable prices?