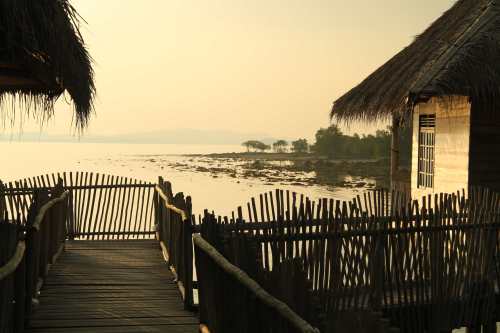 Watching the sun go down at Telunas Beach.

I was really pleased to read this week that Telunas Beach Resort has been chosen in TripAdvisor’s Travelers Choice 2012 awards as the Number 3 in Asia and Number 17 in the world for the ‘All-inclusive Resort’ category.

This is extraordinary when you consider how many resorts there are. Heaps of them. It’s an amazing achievement for a place which started with absolutely nothing but a beach in 2004. I’ve watched it grow since I first went there in 2005, and I am in awe of the work the team have done. END_OF_DOCUMENT_TOKEN_TO_BE_REPLACED

HIKING IN SINGAPORE?? – yes you can, at Bukit Timah

There may not be a great deal you can do about this, but you can't say you weren't warned.

Singapore is the second most densely populated country on the planet (see below for what is number 1*) but there is still some green space left, and it is well worth spending at least a couple of hours exploring it. In tropical jungle, green is very green indeed.


Singapore was once wild enough for Alfred Russel Wallace to spend time here, for people to avoid the area because of a tiger plague and, more recently, for Jane Goodall to get involved in a monkey protection project at Bukit Timah. END_OF_DOCUMENT_TOKEN_TO_BE_REPLACED 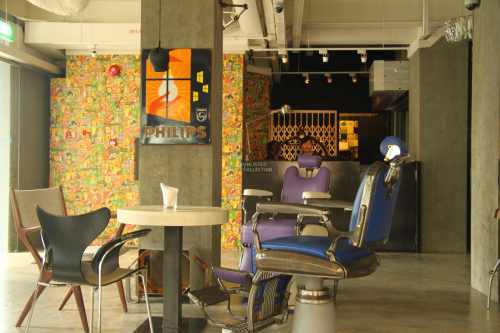 Wallpaper from old can labels, barbers' chairs and others made from shopping trolleys and road signs. Nothing is too strange to be part of this design.

‘The owner liked collecting weird chairs, then he opened a hotel so he’d have somewhere to put them,’ marketing manager Wahidah tells me. The obsession has taken over, and the Unlisted Collection now has hotels in Singapore, London and Shanghai. And a lot of odd chairs.


I stayed in Wanderlust Hotel, formerly a Chinese school in Singapore’s Little India (that in itself was quirky), which now features perhaps the most ‘out there’ interior design in town.

They gave me the ‘Yellow Submarine Room’. It’s a song, by the Beatles, according to the yellow neon sign above my bed. END_OF_DOCUMENT_TOKEN_TO_BE_REPLACED

OUT OF OFFICE AUTOREPLY – back soon 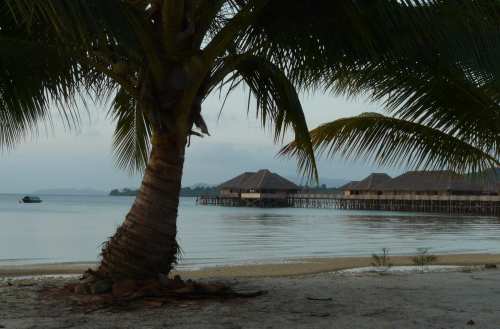 Telunas Beach - not a bad office to go to work in.

I’ll be working from my other office for a couple of weeks, and may be out of cybercontact some of the time.

Yes, I really will be working, running writing camps for high school and elementary school students from Singapore. END_OF_DOCUMENT_TOKEN_TO_BE_REPLACED 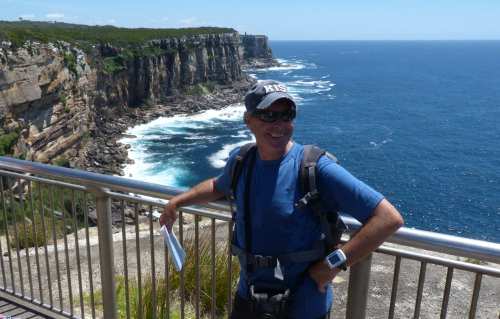 It's pretty damn spectacular when you reach the Pacific Ocean.

Soon after he landed with the First Fleet in 1788, Governor Arthur Phillip decided he ought to get to know his neighbours, the Aborigines.

He liked the look of the ones he’d seen around North Head. He’d even named the area Manly, after the manly specimens of the species that camped there. So Phillip kidnapped a gentleman called Arabanoo and took him back to Sydney Cove. It was the sort of thing governors did in the days before pesky human rights commissions made it all more complicated.

All went swimmingly for a while. Arabanoo learned English and taught the new arrivals some of his Cadigal language. But a year later Arabanoo died in a smallpox outbreak, and Phillip himself was speared (not fatally) at Spring Cove, just round the corner from Manly. END_OF_DOCUMENT_TOKEN_TO_BE_REPLACED

SYDNEY THEATRE AWARDS 2012 – a win for Snow on Mars

I was delighted to see that Snow on Mars, our production in last year’s Sydney Festival, won the Sydney Theatre Award as Best Production for Children. END_OF_DOCUMENT_TOKEN_TO_BE_REPLACED