OFF THE HUME #4 – along the old road to Gundagai 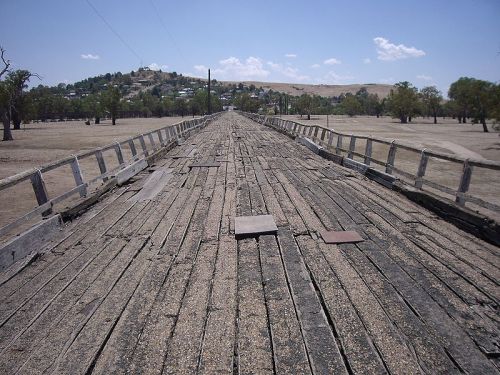 The Prince Alfred Bridge – part of the Hume Highway until 1977. Photo: Wikicommons.

Modern road-building has taken some of the fun out of crossing the Murrumbidgee at Gundagai.

As flashy Sydneysiders on our way to holidays in Victoria, we zipped down the Hume Highway from Sydney to Melbourne as fast as the speed limits would allow.

On our way back, we took time to explore the old route, meandering through towns which are now bypassed by the traffic. END_OF_DOCUMENT_TOKEN_TO_BE_REPLACED