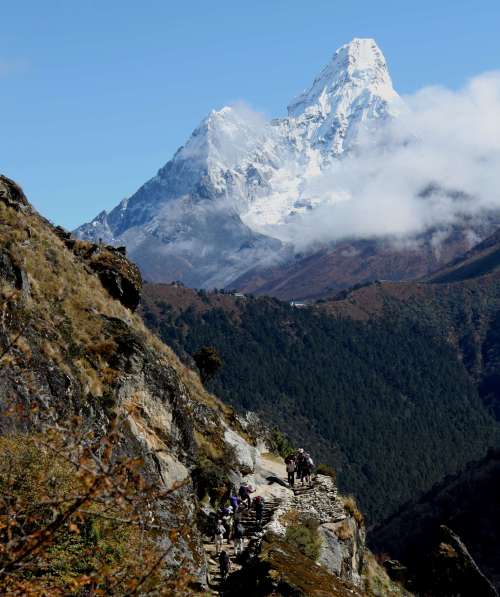 It’s pretty simple really. Lots of places have great hiking, but Nepal has the greatest treks of them all. I was privileged to be invited on this trip, and ‘voluntourism’ was an excellent way to start. I can’t gush about this enough!

As we gasp for breath in the thin air above his village, Ang Tshering Sherpa tells us a story. When he was a little boy, his mother sent him up this mountain to tend the family yak. It was cold, so Ang sneaked some matches and lit a fire to keep warm. But the wind sent the blaze racing out of control, burning the whole hillside and bringing all the neighbours running to save their livestock.

Thirty years later, Ang has more than repaid his village for the trouble he caused them. At thirteen he became a mountain guide. Then when a grateful Australian client asked what his village most needed, Ang explained that the nearest medical help for many Sherpas was a gruelling 2-day walk away. Not only are there no roads here, there are no wheels. Sick or injured patients have to be carried on the back of man or beast. 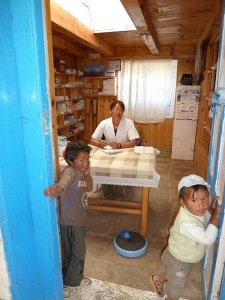 So funds were raised, and in 2006 the Kushudebu Medical Centre opened, with Ang Tshering as its president, and support from organisations including Australian schools, travel company World Expeditions and many individuals. It now treats over 10,000 patients a year, and pays for the medical training of young Nepalis who will be its future staff. We’ve just visited it, and we’re starting to realise we’re in an extraordinary place with a remarkable man.

Ten Australians and three Britons have come to Nepal to work on Ang Tshering’s next initiative, building incinerators to dispose of the garbage polluting land and waterways. Then he’s taking us on a nine-day trek. END_OF_DOCUMENT_TOKEN_TO_BE_REPLACED