SCULPTURE BY THE SEA – the Danish version, Aarhus

Our lovely Aussie princess Mary of Denmark is still massively popular there – ‘she is being so down-to-earth and natural for a fashion icon’, so when she suggested Denmark should have a Sculpture by the Sea like the one in Sydney, everyone thought it was a great idea. And it was.  I was able to go there in June this year and see for myself.

Aarhus, Denmark’s second largest town, doesn’t have the spectacular cliff walk coastline of Sydney’s Bondi to Tamarama location, but it has a pleasant, quiet beach, with bushy slopes behind it.

The Danes turned out in their hundreds of thousands to slog two kilometres along the sand (quite hard work in the soft stuff), admiring the 60 works, nearly half of them Australian. Ruth Belotti and Steve Rosewell’s ‘Soldier scale 1-1’ was very popular, as was Marcus Tatton’s ‘Carbon Equation’.    And as for Aarhus itself, it’s a 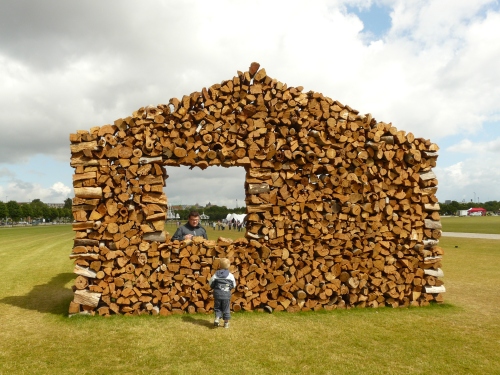 nice town; smart, modern, organised and everybody speaks English better than most Australians.  They’ve corralled their river into a canal through the centre of town so that people can lounge by it drinking coffee (good, but at a price) and imagine they’re in Italy.

Aarhus also claims to have Europe’s oldest outdoor museum, Den Gamle By, which is very well done, lots of fun for the kiddies and certainly worth a visit if you’re there. I’ll post more about it in the future. 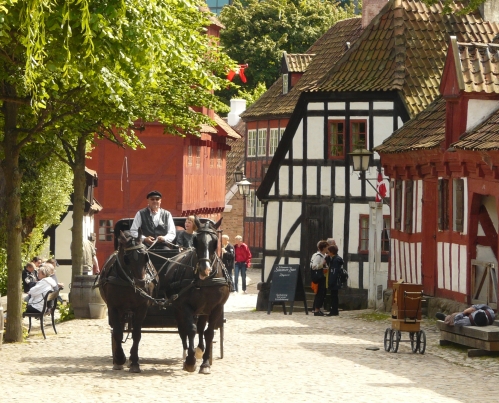 For more information on attractions and accommodation, see: http://www.visitaarhus.com