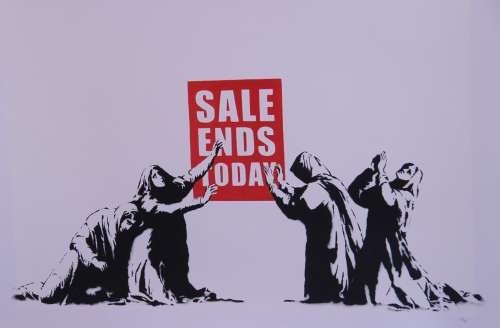 Praise be to Outpost and Oi You! for bringing Banksy to Sydney.

We made a return trip to the Outpost Project at Cockatoo Island yesterday, taking the grandsons to search for the elusive Banksy. They may not know much about art, but they know what they like and what they like is a ferry trip on Sydney Harbour. END_OF_DOCUMENT_TOKEN_TO_BE_REPLACED 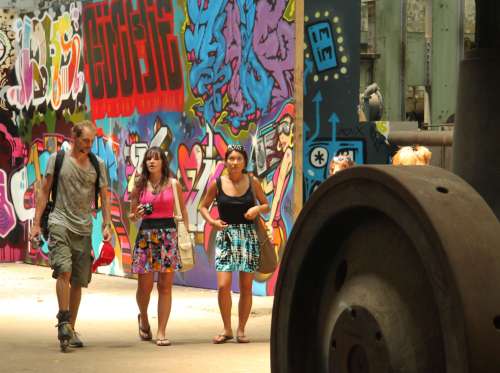 The disused factories are the perfect setting for street art

I thought the fun of doing street art was that you did it in secret, when no-one was looking, in a place you weren’t supposed to be. Countless local councils have tried to combat unwanted graffiti by designating legal street art walls. The Sydney Harbour Federation Trust has gone a step further, giving street artists, skateboarders and visitors an island to play on for a month. END_OF_DOCUMENT_TOKEN_TO_BE_REPLACED 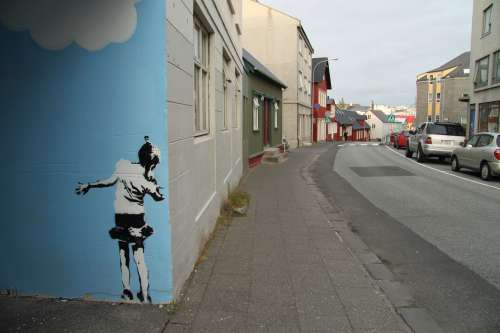 A real Banksy or an imitation? Either way it adds something special to an otherwise dull street.

Reykjavik feels like the sort of place we visitors pass through on our way to somewhere more interesting.

It’s small (population about 120,000) and the main shopping streets remind me more than anything of Queenstown in New Zealand. Like that city, Reykjavik is where visitors book tours to adrenalin-pumping adventures – hiking, whale-watching, glacier walking, horse riding and volcano spotting.

Then we fill in a day browsing countless shops selling outdoor gear, eating pizza and drinking too many cups of coffee. The coffee here, incidentally, is excellent and I can recommend the Kaffitar chain. I’m still shaking slightly from the double cappuccino.

To keep us entertained while we wait for the real fun to start, Reykjavik has scattered art along the waterfront and in other public places. END_OF_DOCUMENT_TOKEN_TO_BE_REPLACED

THE UNKNOWN SCULPTOR – a Dutch Banksy 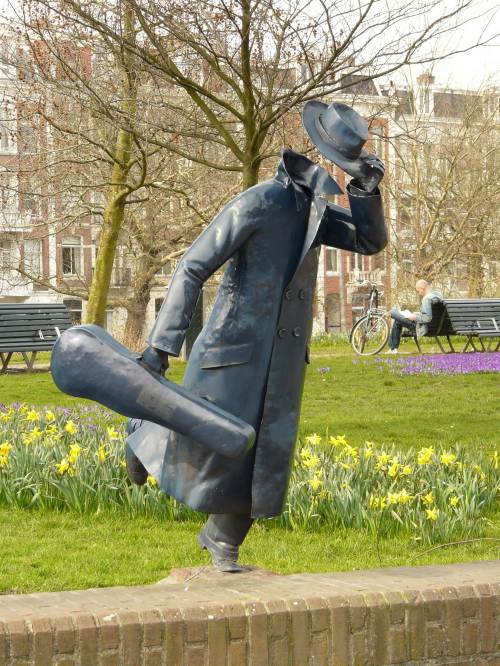 Running for the number 10 tram, Marnixstraat

Between 1982 and 1999 a number of sculptures were installed under cover of darkness at various Amsterdam locations. Like England’s elusive graffiti artist Banksy, the sneaky Dutch artist remains unidentified, though there is speculation that he is a local doctor who knocks out statues in his spare time. 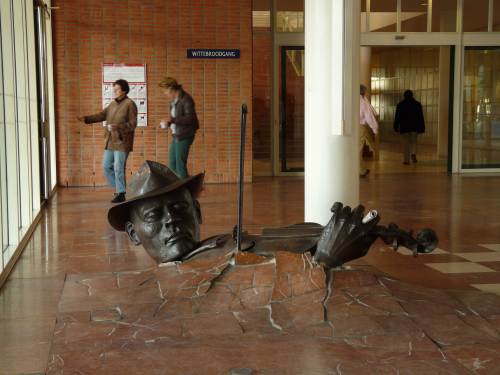 The violinist bursting out of the floor in the foyer of the muziektheater in the ‘Stopera’ (City Opera House) is a reference to Amsterdam’s vibrant, irrepressible Jewish community, which used to be centred in this district before World War II. 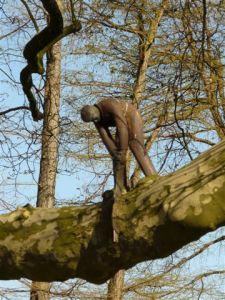 In the Leidsebosje, the patch of green between the busy Leidseplein entertainment area and trams rattling around the corner in the Stadhouderskade, this little chap appeared one night, sawing through a branch in one of Amsterdam’s biggest and oldest trees. The tree is fighting back, over the years growing out over his saw. 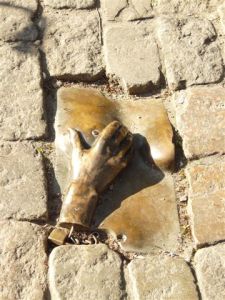 The square in front of the Oude Kerk (Old Church) is right in the centre of Amsterdam’s notorious red light district, hence this work set in the cobblestones. I don’t know if the padlock is a real security device, to deter those who are both art lovers and unscrupulous, or an essential part of the image.

I do love the idea of all this though – art for the people, accessible, well executed, witty, anonymous. Amsterdammers enjoy it too, which is why it has stayed there.