The view from Devil’s Corner. That’s Freycinet National Park in the background. I’ve ridden from there this morning. Well, I say ‘ridden’ but I wheeled the bike up the steepest bit.

You have to earn your fun on a cycling tour. Between Freycinet Peninsula and Swansea is the ominously named ‘Devil’s Corner’.

A wizened local rider I met at Coles Bay has warned me about it. ‘The worst bit of the Tasman Highway, that is. Blind corners, speeding drivers, no shoulder…I wouldn’t try it myself.’

Thanks a lot, mate. That’s rather like saying, ‘If I wanted to get there I wouldn’t start from here.’

It is indeed a stiff climb, and I find no shame in getting off and pushing the bike carefully around those blind corners and up the hill.

After that, though, it’s a descent onto the flat road around the coast. 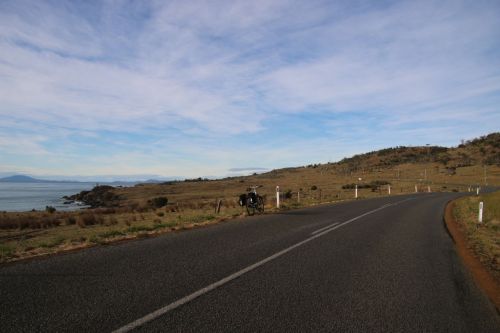 The Tasman Highway…motor-traffic free for a moment.

There are even a few sights along the way – taking the shots is an excuse to rest the weary rear-end.

The Milton Winery, with cellar door tastings. It’s a shame bottles are so heavy in the panniers. 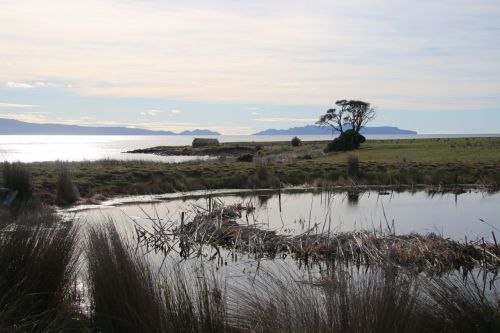 The view across the bay to Schouten Island, named by Abel Tasman after one of his Dutch East India Company sponsors.

Built by convicts, and named ‘The Spiky Bridge’ because it’s spiky. Nobody knows what the spikes are for. 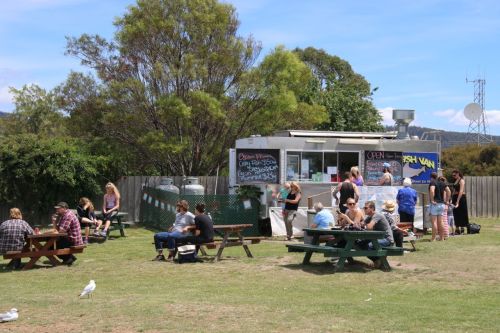 The famed Fish Van at Triabunna. I lost count of the number of times people told me how good the chips are. So I tried them. I’d earned them, and they didn’t disappoint.

That’s the end of the serious riding for this trip. 360km so far, and that’s enough for me for a while.

There’s still another adventure ahead, though, as I load the bike onto the ferry that will take me out to Maria Island. There’s no wifi out there, no mobile phone reception, not even any food, I’ve heard. More about it presently…

The writer is the guest of Tourism Tasmania and Tasmanian Expeditions.