ABOUT THESE UGLY, NOISY WINDMILLS…

A Dutch wind farm. ‘Too noisy,’ says Mr Abbott, who must have extremely sensitive hearing.

I’m following your pronouncements online while spending some time in Holland, and I understand that neither of you like windmills. They’re ‘visually appalling’ according to you, Mr Abbott, and ‘utterly offensive’ in your opinion, Mr Hockey.

I read that your government has gone so far as to order the Clean Energy Finance Corporation to cease funding new wind farms.

You may be surprised to hear that many people over this side of the world seem to enjoy them.

Ugliness is in the eye of the beholder. Personally, I find open cut coal mines a little unsightly, but then I’ve only seen one of them close up. Possibly there are some beautiful coal mines in Australia; Mr Abbott, you often seem to be popping on a hard hat and opening a new one. Tell me where I can visit a visually appealing one and I’ll take the camera with me.

Seriously, please don’t insult my intelligence by pretending that your obstruction of sustainable power generation is about keeping Australia beautiful and your concern for our public health.

Just outside Amsterdam it’s possible to stand right underneath a number of modern windmills. I’ve done it many times. I can assure you, if you live in a city or near a beach (say, somewhere like Manly in Sydney) you’re already tolerating ambient traffic and wave noise many times louder than that made by any windmill.

I think you already knew that, but if (radio commentator) Alan Jones tells his listeners windmills are destroying life as they know it, it’s safer to agree with him while you’re on air, isn’t it?

Standing directly below them, the unholy racket these windmills are supposed to make is totally drowned out by, well, the sound of the wind.

I’m perfectly open to a debate about whether windmills produce enough power to be worth their keep. Sure, the resource they use is free and inexhaustible, but I understand that their efficacy varies with the wind conditions. If other forms of clean, sustainable energy generation are more efficient and reliable, I’d like to know about it. Please produce the relevant facts and figures and let’s discuss them with the Australian public.

Meanwhile, I’ve been collecting a few images of those appalling Dutch windmills…

A big, black blot on the landscape… 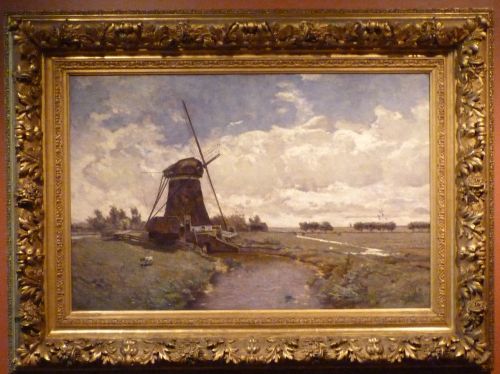 …but 19th century painter Constant Gabriel seemed to like that kind of thing. 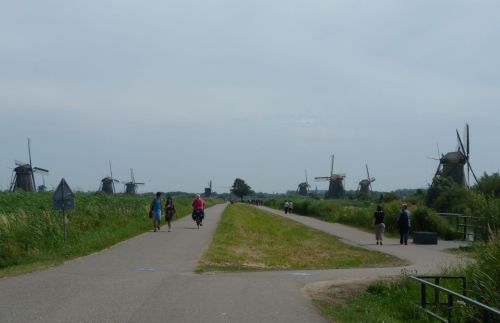 The Kinderdijk is now one of the Netherlands’ ‘must-see’ attractions. 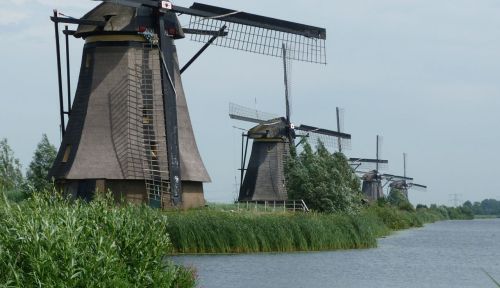 I know you like riding the bike, Mr Abbott. Next time you’re over here, get in touch and we’ll go for a cycle to visit some windmills. You might even get to like them as much as I do.

20 responses to “ABOUT THESE UGLY, NOISY WINDMILLS…”