A DAY OUT IN KOWLOON 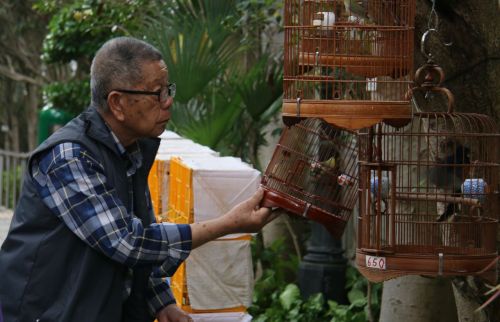 I find the mere sound of the word ‘Kowloon’ exotic and exciting. It’s up there with ‘Bombay’, ‘Malacca’ and ‘Timbuktu’ – names which to me suggest a far-flung empire on which the sun never sets. So it was a little disappointing when friends advised us against staying on the Kowloon side of Victoria Harbour. ‘Not dangerous or unpleasant, just a bit dull.’ Fortunately, our day trip across the water from Hong Kong turns out to be far more interesting than expected, and that’s not just damning it with faint praise. Our expedition begins with a short ride on the Star Ferry, not only cheapest and efficient, but also offering the best views of the Hong Kong skyline. 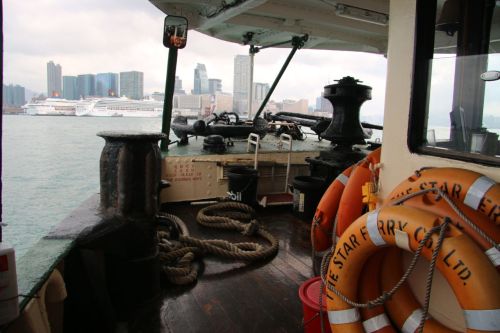 The Star Ferry, with Kowloon up ahead. Delightfully old fashioned.

From the ferry pier we have the option of a stroll along the waterfront past the Cultural Centre, Space Museum and the Museum of Art. We save this option for later, and instead head along the busy roads to Tsim Sha Tsui MRT station. 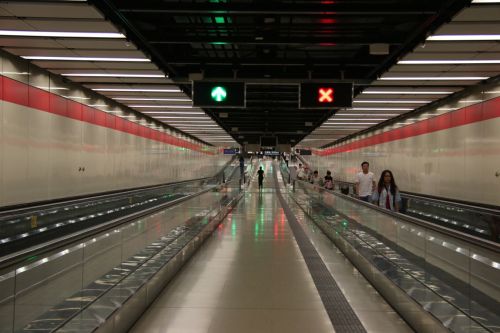 There are impressive subway stations all over the world, though none better than Hong Kong’s.

We take the train a few stops, surface at Prince Edward Station and fight our way through the throng of shoppers to the Flower Market. Good decision! 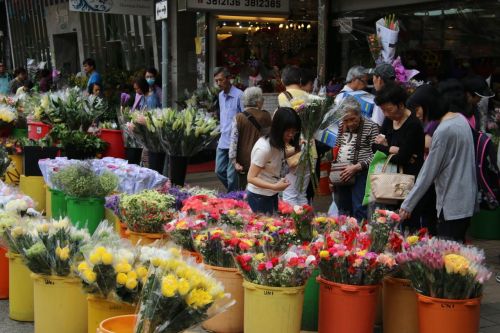 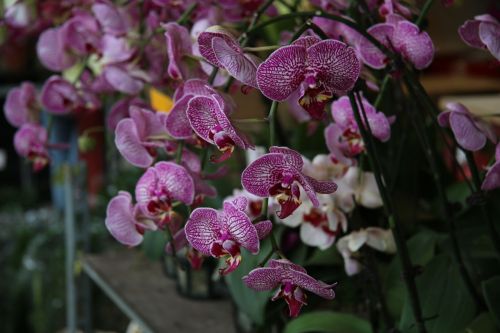 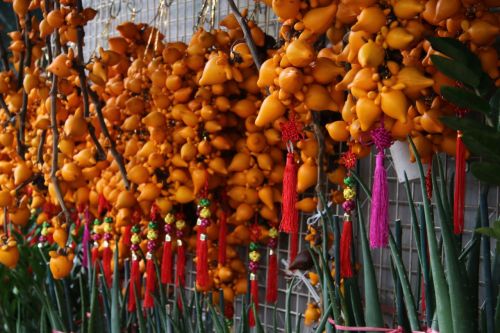 I don’t know what these are, but I like them all the same.

At the end of the Flower Market Street, we arrive at Yuen Po Street Bird Garden. We don’t quite know what to expect here. 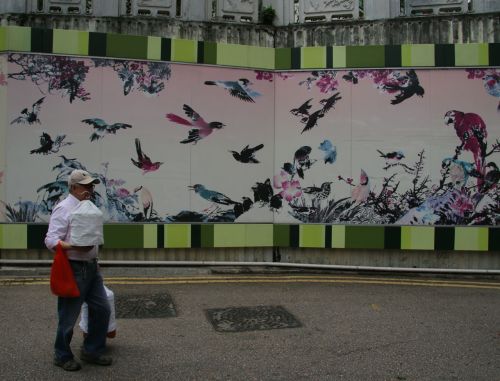 Yuen Po. The mural doesn’t tell us much either. 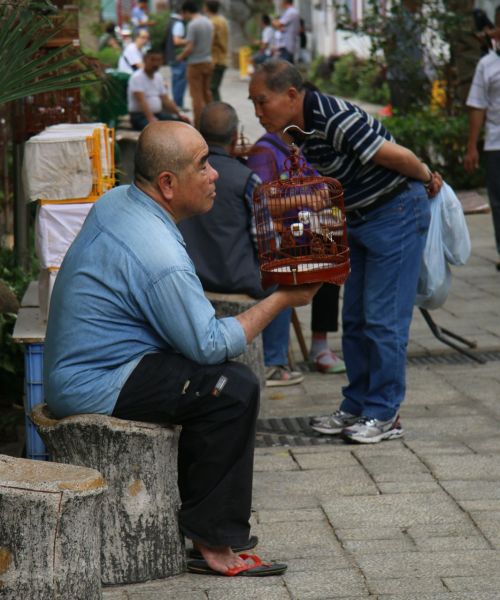 Tiny birds, tiny cages too. We’d like to think they’ll be living in spacious aviaries once they’ve been bought and taken home, though I suspect not. 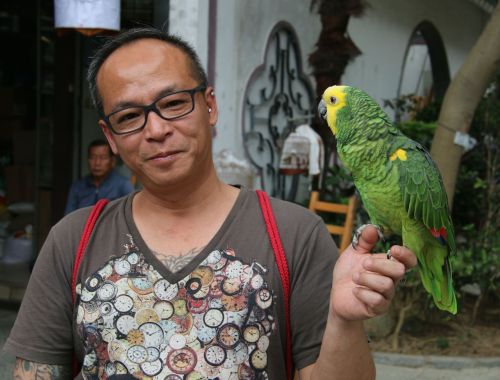 The parrots look happy enough however. This one can greet us in English as well as Chinese. Nice t-shirt too, Sir, by the way.

What we like about Kowloon is that it feels both exotic and ordinary. Lunch in a crowded cafe is shared with groups of office workers, just as it could be anywhere else in the world. Except that the food is cheap and exceptionally good. Real people live and work here. Next stop on the map is the Jade Market. After a couple of minutes in there we realise we don’t have much interest in jade, and we’re irritated by the insistent salespeople who can’t believe we don’t like little green elephants. 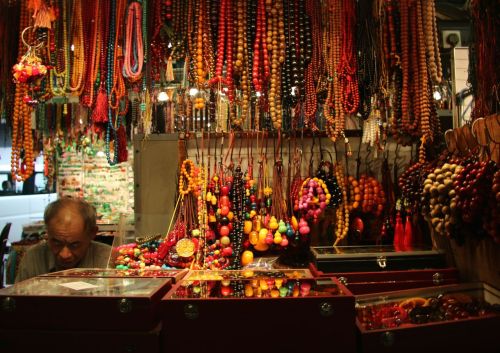 The Kowloon Jade Market didn’t hold our attention for long…too many stallholders plucking at sleeves.

Better was a walk through the local fresh food markets, emerging eventually in the gardens of Kowloon Park. 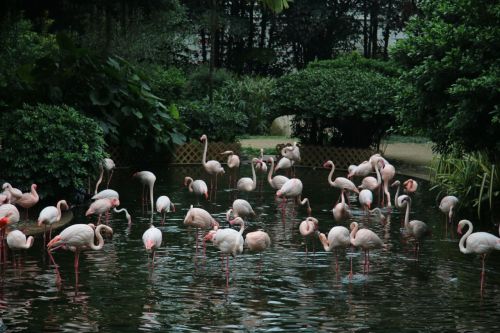 The aviary in Kowloon Park is more to my taste…and the birds have plenty of room to spread their wings. 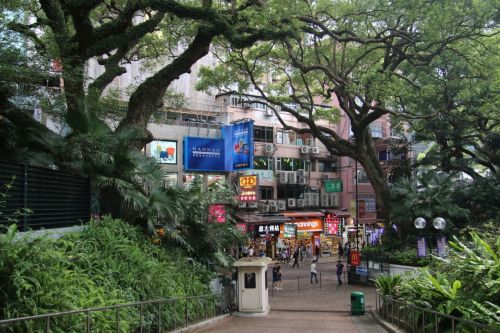 Out of Kowloon Park and back into the busy streets… 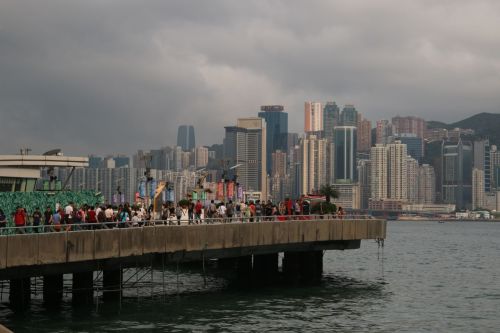 …to join the crowds again, doing what everyone says is good about Kowloon, looking across the Harbour to Hong Kong. With free wi-fi in the Museum of Art!

We feel we’ve packed a lot into our day. We’ve discovered that Kowloon is certainly not dangerous, not unpleasant and, in our opinion, not at all dull. Next time we’re passing through we may even try to stay here.

4 responses to “A DAY OUT IN KOWLOON”