PUTTING THE ART INTO HOBART

Our favourite piece was the first work we saw.

My Scottish Presbyterian forefathers were sure no good could ever come of money not earned by hard work combined with thrift. David Walsh has proved them wrong.

His professional gambling earned him a fortune. He somehow managed to avoid paying the $37million the Australian Tax Office claimed he owed them and used it to buy art instead.

In 2011 he generously opened his collection to the public in MONA, the Museum of Old and New Art, an extraordinary new gallery which has rapidly become Tasmania’s premier tourist attraction.

The mirrored entrance creates immediate excitement. For some. 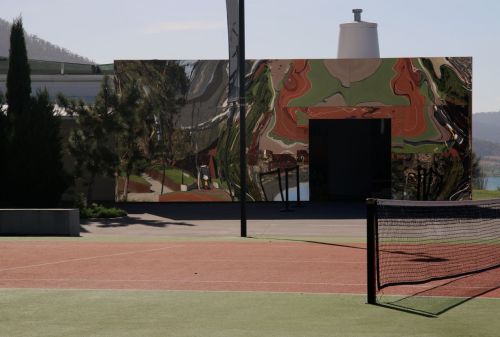 I don’t understand the significance of the full size tennis court outside the entrance – though it’s obvious that a lot of winners hit to the south would result in lost balls as they headed out towards the Derwent River. Does this say something about the futile cost of human athletic endeavour?

Once inside MONA, visitors are encouraged to take the lift or the stairs down three floors to the bowels of the dimly-lit building. 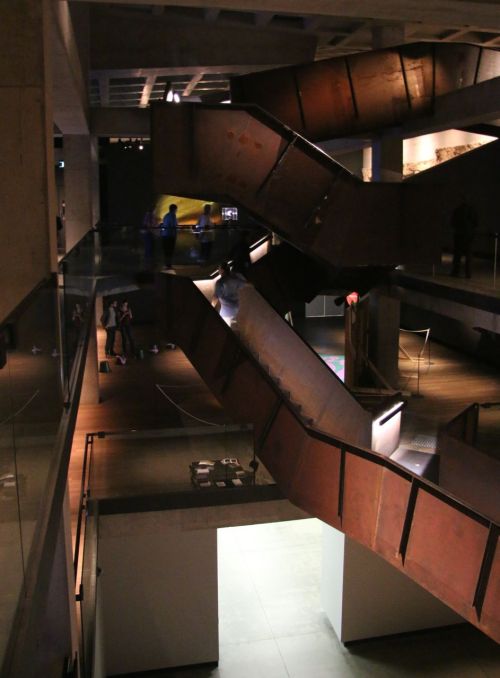 A disorienting series of Escher-like staircases.

We liked this too.

Mevrouw T felt like a sit down. Fortunately her dress matched the decor. She’s a work of art herself. 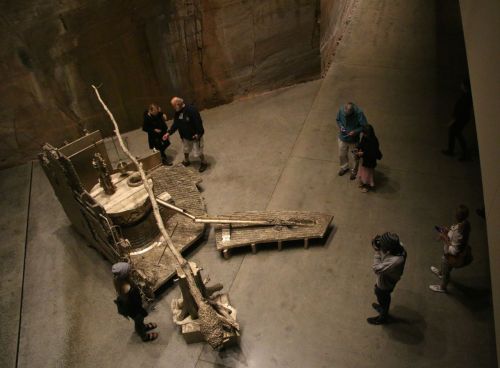 As we worked our way towards the surface we were able to look down on those still mystified below. 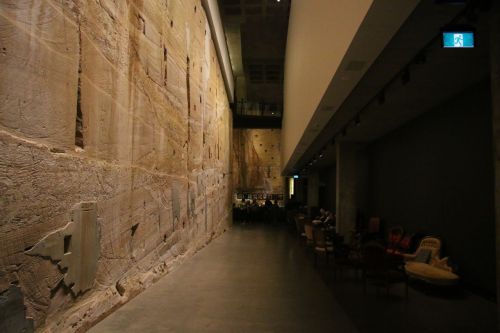 The corridors, carved out of the natural sandstone. 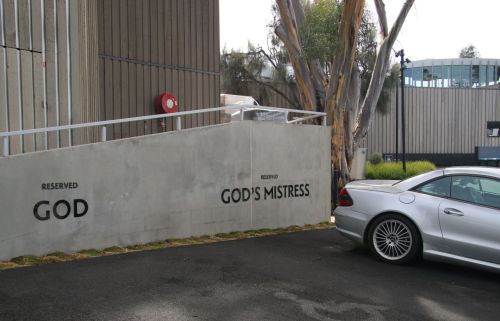 We weren’t told who God was, but we’re glad He has both a reserved parking spot and a sense of humour.

There was much work on display that had us thinking ‘Emperor’s New Clothes’, but all in all, we’re really pleased we went. It’s wonderful to see art of any sort pulling such a crowd.

8 responses to “PUTTING THE ART INTO HOBART”