RIDING NORTH – from Amsterdam to Hoorn 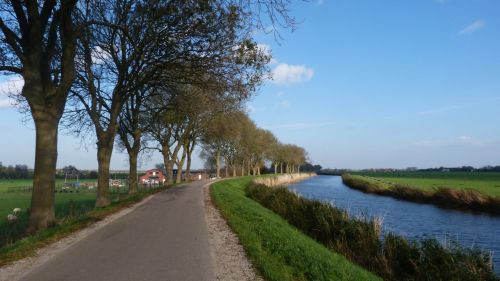 A car-free road, a sunny day and a tailwind!

A cool but fine autumn day. Indian summer in Nederland. Surely it can’t last much longer. Must make the most of it. Drop everything. Get out on the bike.

There’s a stiff southerly blowing, adding a wind chill factor to the 10 degree temperature. I decide to ride with it for once, heading north out of Amsterdam, without any particular destination in mind. It doesn’t matter. This is classic North Holland countryside; fields cut by drainage canals, flocks of geese and families of swans, sheep and cows grazing…and a few one-off surprises.

The cycle way along the North Holland Canal is easy riding. Okay, it’s not a cycle way, it’s a road. Cars pass me on average once every few minutes, but they’re usually driving slowly and can see me a long way ahead. If I stick to my line they won’t push me off it into the water.

It takes me about an hour to reach Purmerend.

The impressive arch at Purmerend is apparently mostly for show. Even the pedestrians take the flat bridge. Maybe the steps are for jogging groups. It looks good though – one of Purmerend’s architectural wonders.

Purmerend is a sort of satellite town of Amsterdam. New housing has attracted families and commuters squeezed out of the property market in the big smoke. As such it’s a no-nonsense, unpretentious sort of place. It does however have a very attractive Stadhuis (Town Hall). 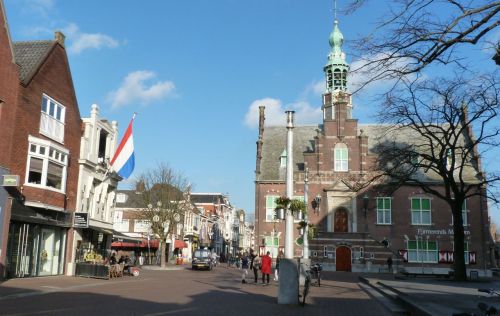 This is the first time I’ve ridden the road north from Purmerend since Mevrouw T and I discovered it last year. I immediately wonder why I’ve left it so long. It’s a lovely 10km section along a dyke with a canal and villages to the right, fields to the left.

The only traffic is humming on the distant motorway.

…and yes, there’s an old windmill, to go with a few modern ones.

I’ve come to love the Dutch landscape, particularly the flat, orderly polder. The church towers of Hobrede and Oosthuizen slip past. 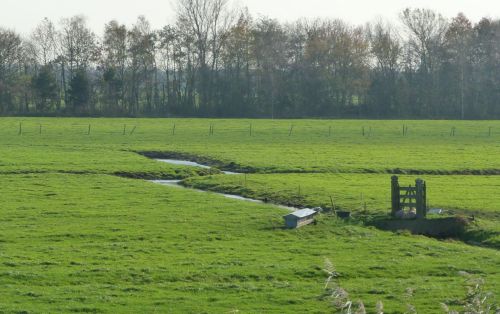 Move on people, nothing to see here. 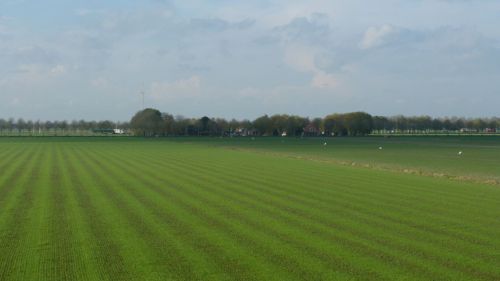 It doesn’t get any greener than this.

At Beets I cut across the railway line and ride a kilometre or two out to Schardam, on the rim of the Ijsselmeer, formerly the Zuiderzee, now a lake cut off from the sea by the dyke to the north.

A gaggle of geese in one of the many little nature reserves.

Around the bend and I can see the larger town of Hoorn, now about nine kilometres away.

Hoorn is one of the most beautiful towns in the Netherlands, particularly notable for its market square. As one of the bases of the Dutch East India Company, the town prospered in the golden age of the seventeenth century, as evidenced by the grand old buildings surrounding the market. 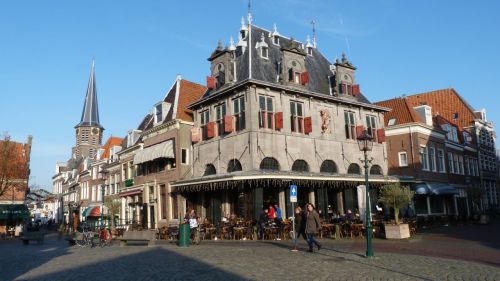 The Waegh (the weigh house) Hoorn. Now a decent place for koffie and lunch.

The wind seems to be turning as I pedal on beside the Ijsselmeer. Or is it just me? A look at the map shows me that I’m now heading back south-west, into that southerly buster.

Something’s going on at Schellinkhout, something to do with wind. The geese seem to be enjoying it, and so do the kite surfers. There are dozens of them out there. What’s the collective noun for a gathering of kite surfers?

I had to google to find the real name for this sport – kite surfing.

Worth another attempt at a kite surfing shot. The spot must be known of its wind. Nice for them, not so good for a cyclist.

I have 45 kilometres on my GPS wristwatch, and the rest of my body knows it has done those kilometres too. Another 45 going back will give me 90, and I can add another ten by taking the scenic route.

Perched on the dyke, lungs bursting, legs pumping, fighting the Dutch headwind all the way, knowing the body is benefitting and practising the bragging speech. This is the challenge true cyclists love…nah.

I ride to the nearest station and put the bike on the first train home.

16 responses to “RIDING NORTH – from Amsterdam to Hoorn”