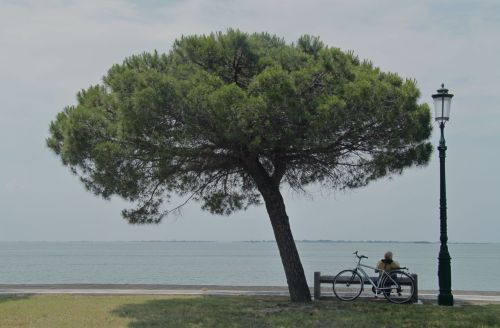 Cycling in Italy doesn’t have to be tough. On Lido it’s quite relaxing.

We hadn’t planned to ride bikes on this trip to Italy, but once we started we wished we hadn’t waited so long before taking to the saddle.

We’re not talking major excursions here, no lycra-clad slogging up the big climbs of the Giro d’Italia; just a convenient way to get around in Verona and a pleasant day’s escape from the madding crowd in Venice. If we can do it, anyone can.

Living in Amsterdam, Mevrouw T and I are a little spoilt as far as cycling infrastructure goes. A hundred metres from our front door is a ‘bikes only’ bridge, leading to a ‘bikes only’ park, which in turn takes us to a city centre with separated cycle paths pretty much anywhere we care to go.

Thus cycling in Italy was for us at first a little daunting – almost as daunting as driving a car there. So we started our exploring on foot, with one eye checking out the bikes to see how everybody else was getting on.

Verona has a system of city bikes, though to judge from the number still in the racks it’s being underused.

The Verona City Bikes appear to be mainly for decoration at the moment.

Many hotels, our admirable Hotel Trieste included, offered use of guest bikes as part of the service. We took advantage of them to ride across the river and out to the lovely Giardini Giusti, a distance that would have been a bit of a trek on foot or a complex trip on public transport. The bikes made it relatively easy, a few navigational problems notwithstanding.

We found some designated cycle paths separated from the traffic, though they tended to end abruptly, leaving us to mix it with the cars and buses. Verona’s bike-friendliness was well behind Amsterdam’s.

The old centre of town is car free during the middle of the day, so plenty of locals and tourists seemed to be using the bikes as their main transport in the area. 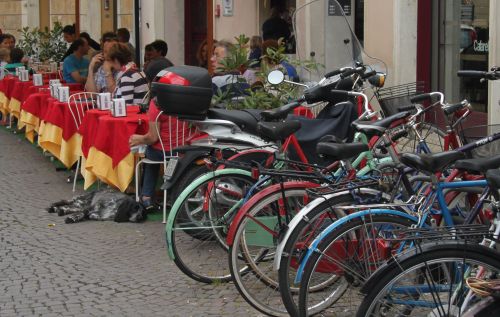 Avoid that tiresome stroll to the cafe; take a bike instead.

So we survived, even relaxed a little, and returned with bodies and bikes intact and bragging rights to boot.

Our Vicenza accommodation was a short walk out of the touristy part of town. The part of town most visitors will want to see is very small – walkable in fifteen minutes or so, And it’s also a car-free zone – great for everyone, walking, riding or just sitting. How pleasant is that? Why don’t more cities do it? 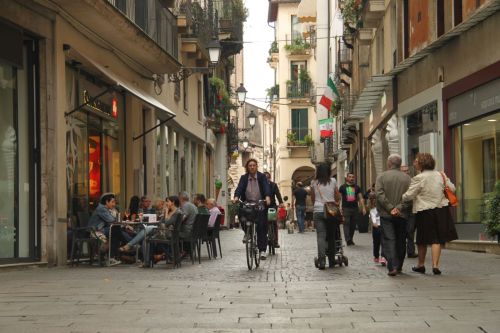 Does anyone think Vicenza would be nicer with motorised traffic here? 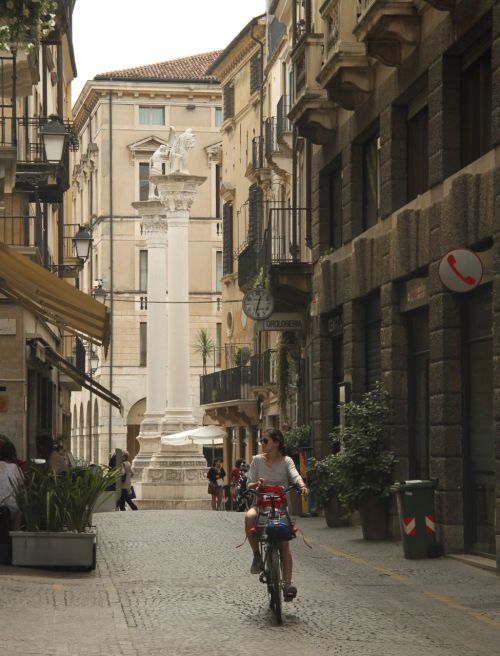 No cars to contend with in downtown Vicenza.

Central Venice is not a good place to cycle, the roads being made of water. We relied on the vaporetti boats and the feet to take us around for the first day. But our Dutch guide book recommended cycling of course – out on Lido Island.

Stepping off the vaporetto we found a bike hire place at the first corner, offering touring bikes, tandems and four seaters. We stuck with the devil we knew – two touring bikes, at a very reasonable 8 euros for four hours or 9 euros for the day. A map of the island with cycle route recommendations was included in the service.

Lido encourages cyclists and bikes of all kinds.

It wasn’t a particularly spectacular, challenging or exciting riding, but it was easy, safe and pleasant. An hour or so took us around the beaches and on to the ‘fisherman’s village’ of Malamocco. 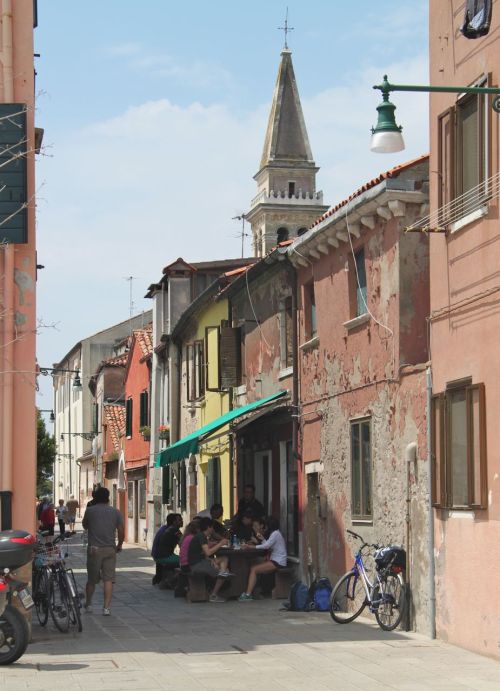 Malamocco is a popular caffe stop for cyclists it seems.

Having returned our bikes, we read the guidebook more carefully. We could have ridden further to make it more interesting, even island hopping taking the bikes on the ferries.