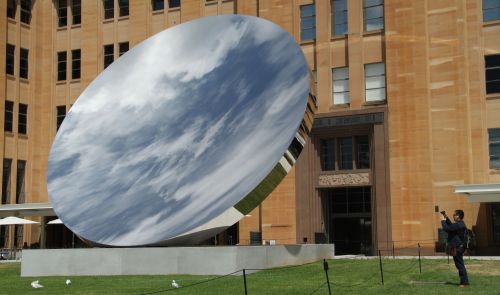 Sky Mirror (2006) What you see depends on what it’s reflecting at the time.

The signs in the MCA foyer say ‘no photography’. It’s a lost cause. Everyone has at least a phone with a hole in the back now and we don’t often have Anish Kapoor sculptures in Sydney. The moment must be captured.

Mevrouw T and I have spent some quality time with Mr Kapoor over the past year. We loved his Cloud Gate in Chicago, admired his structure outside the Guggenheim Museum, Bilbao, Spain, and even spent five hours in Amsterdam enduring the Wagner opera Parsifal, for which he provided the set designs. He can’t be blamed for our lack of appreciation for Wagner’s music.

We’ve become huge admirers of his work. It was interesting to watch our fellow visitors to Sydney’s Museum of Contemporary Art, wandering around with silly smiles on their faces. I had one on mine – I could see it in the mirrors, slightly distorted.

Work after work intrigued and disoriented us. The highly polished flat surfaces which somehow cast curved reflections. The dark concave spaces into which you seem to be able to see forever. 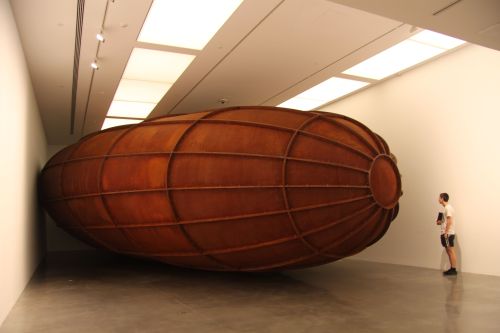 Memory (2008). Extraordinary. The first thought is ‘How did they get it in here?’

Who remembers the first time they succeeded in looking into one of those Magic Eye pictures? The ones which look like bad wallpaper until you go cross-eyed, defocus and suddenly see a 3D Statue of Liberty. Anish Kapoor often created that sort of impact, only better.

The brochure notes for the Anish Kapoor exhibition speak of ‘exploration of the nature of perception in relation to space, form and mass‘, ‘perplexing works of art which raise philosophical questions about the world and our position within it‘. Hmm, maybe. Someone had to write something in the booklet.

I think as a general rule artists should shut up about their work. ‘I made it because I thought it would look good’ will do for me.

Anish Kapoor’s work certainly looks good. See it when you can! 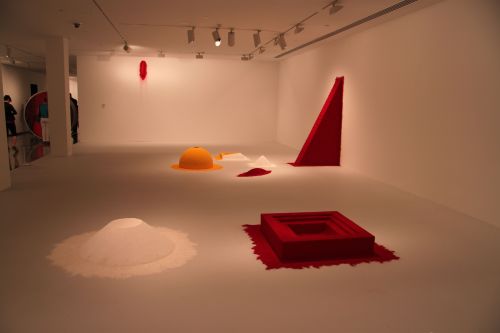 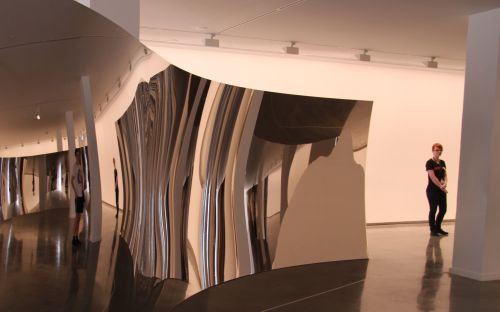 S-curve 2006. This is one of those I think would be better outside, so that it could reflect more than just white walls and museum visitors. 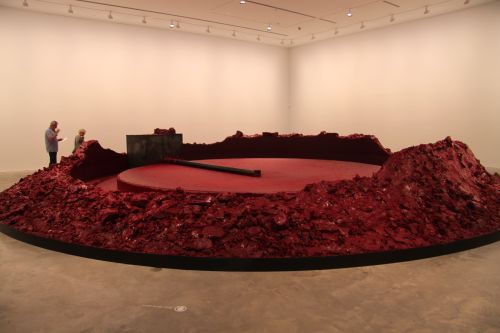 My Red Homeland 2003. A steel block on a mechanical arm rotates slowly, grinding a track through 25 tons of paraffin wax. I did’t like it much until I realised it was really moving. 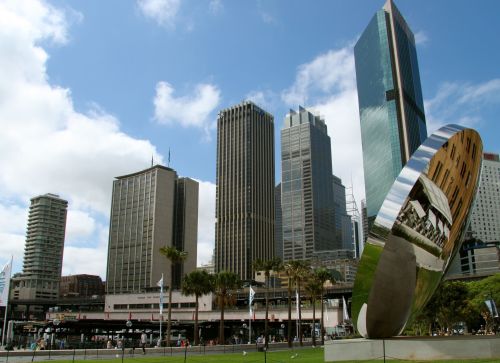 It looks good there, Mr Kapoor. Can we keep it in Sydney a bit longer? 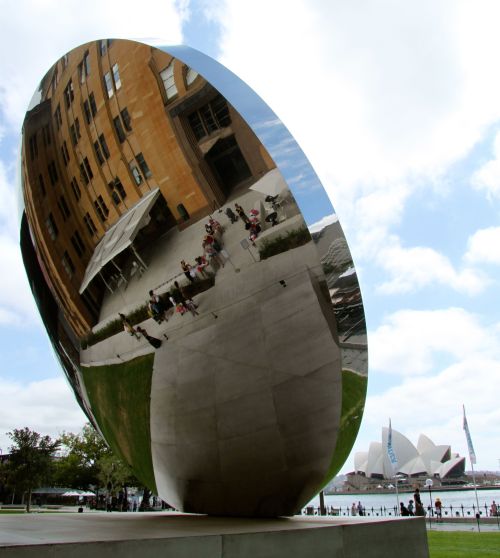 We have the perfect spot for it.