In Utrecht this week I spotted a group of fit-looking gentlemen wearing Australian hockey tracksuits. I stopped to chat with them.

They weren’t the Kookaburras, the Australian hockey players who just collected Olympic bronze in London. They were the Australian Masters Team, preparing to play warm-up matches against the Netherlands and Germany before going on to the serious world championships in England. They were competing in the 70+ age division.

Now that I find inspiring!

There was stiff competition for places in the team, they told me, with selection based on a hotly contested 70+ Australian national championship. I thought when I passed 60 that I’d done enough running to last me the rest of my life. After meeting these guys I think it’s time to start serious training again.

My brother Andrew, who put together the side that triumphed in the World Masters in Sydney 2009 (Hockey gold medallists – 50+ Competitive Division) is entering a team to defend the title. I’ll do my best to be part of it.

AMSTERDAM TO LELYSTAD – and back – ouch! 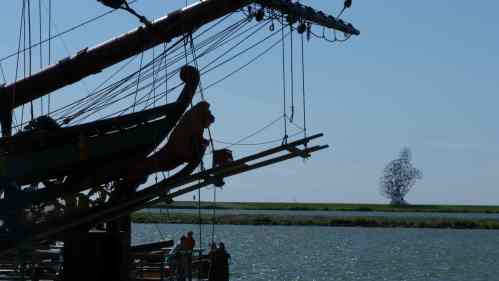 The replica of the Batavia, and Antony Gormley’s Exposure

I feel some sympathy for those who planned Lelystad. Damming the sea and creating 1400 square kilometres of dry land is hard enough; building a brand new town that people will love is even harder.

The city fathers of Lelystad have been trying their best, but people from longer established parts of the Netherlands still sneer at the place. It has some smart modern architecture, the New Land Museum, a replica of the ship Batavia and some interesting public art but where’s the soul? Where’s the atmosphere? END_OF_DOCUMENT_TOKEN_TO_BE_REPLACED 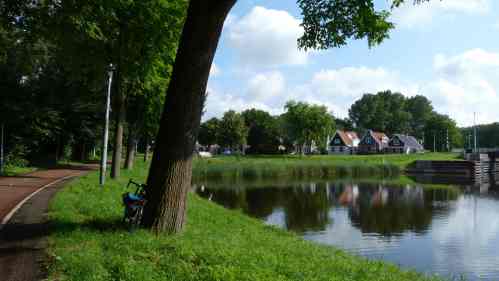 The road north out of Amsterdam

I set myself another cycling project this week – to ride around the Zuider Zee. 170km is further than I want to ride in a day, and a force 4 gale coming up from the south-west makes riding by the water tough at times.


Fortunately there are stations nicely spaced along the route, and trains with compartments for bikes shuttle back to Amsterdam a couple of times an hour. I can take it one day at a time. END_OF_DOCUMENT_TOKEN_TO_BE_REPLACED 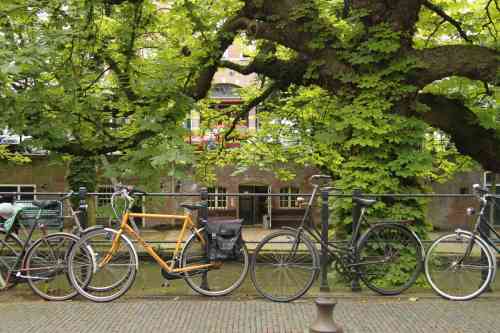 Bikes and chestnut trees by the Oudegracht (old canal). Utrecht is a relaxed town, not yet overrun by tourism.

I’m trying to squeeze as much bike riding as possible into our last weeks in Holland.

Utrecht is only 43km and a couple of hours by bike from Amsterdam. Well, maybe two and a half hours into a howling headwind, with a stop for currant buns and coffee.

There’s a direct, slightly boring road and bike path from Amsterdam to Utrecht beside the Rhine Canal, but yesterday I took the scenic route, past the stately homes and leafy gardens of the rich and ostentatious, along the meandering Vecht River – a beautiful ride through prosperous little villages. END_OF_DOCUMENT_TOKEN_TO_BE_REPLACED 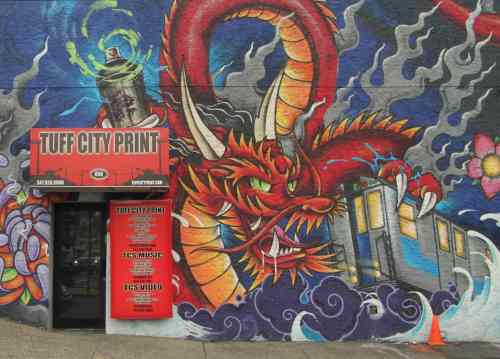 Maybe I’d fit in here if I got myself a tat or two.

Getting lost in the South Bronx is no picnic.

You get what you pay for with those phone apps and my downloadable New York tourist map cost less than a dollar. My cheap app decided the Bronx didn’t count as New York, as if nothing north of Manhattan could be of interest to cheapskates.

So shortly after the D Train crossed the Harlem River my phone’s screen went blank and left me mapless. END_OF_DOCUMENT_TOKEN_TO_BE_REPLACED 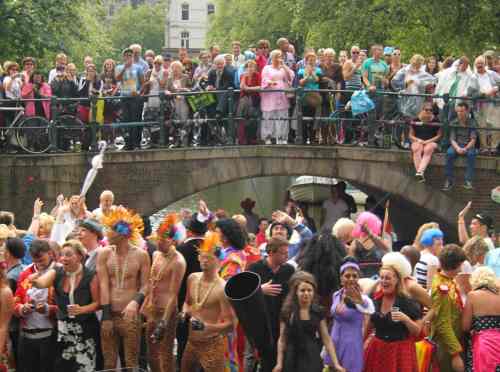 Everybody is welcome, everybody is fine, even those who are not gay are happy.

The annual Gay Pride festival was on again this weekend. There were parties and concerts and, in keeping with the Olympic fervour, sports played in high heels.

But the highlight as ever was the Canal Boat Parade. END_OF_DOCUMENT_TOKEN_TO_BE_REPLACED