DRENTHE – a last ride in the deep Dutch north

The long and windy road, and nothing else between Emmen and Roswinkel.

We arranged a final (for this year) farewell family gathering in a village in Drenthe, and my brother-in-law Hans suggested riding the bikes would be the best way to get there. That suited me fine. Drenthe is a super cycling destination.

Drenthe, in the north of the Netherlands on the German border, does not offer a lot of organised entertainment. They make some fuss about Kabouterland (‘Gnome Land’) though those of us over five find it a bit childish. It’s in the village of Exloo, which English speakers think is an amusing place name, but that’s where the fun ends.

Yet Drenthe is a very popular holiday destination for Dutch people. The main reason is that the cycling is brilliant – thousands of kilometres of quiet, flat, well-surfaced country roads and bike paths, through fields and forests, past thatched farmhouses and pretty villages. 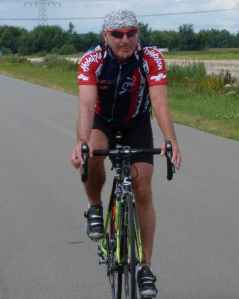 He has the Look and also the Legs. The Pirate on his Cannondale.

Hans rides in Drenthe nearly every weekend. He has far more kilometres in his legs than I do and his legs are younger than mine by ooh…more than three weeks.

The good news is that (1) he knows all the scenic routes and (2) he prefers to ride in front, so I can tuck in behind him for long stretches and shelter from the wind.

Hans has a smart Cannondale road bike which he claimed had been gathering dust. My backside and the leather Brooks saddle on my Kona cyclocross are still discussing who is going to do the adapting to whose shape and when. 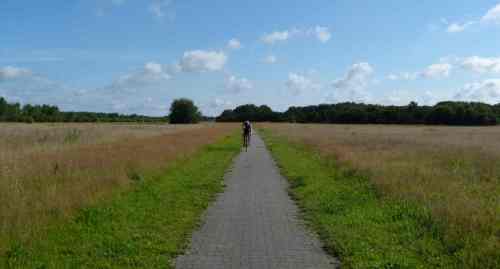 Swampy peat, a few trees…and a cycle path. Not much else.

The route from the town of Hoogeveen and Emmen is particularly appealing, with patches of forest and heath regularly interchanging with fields of maize and wheat.

This wheatfield reminded me of the Andrew Wyeth painting ‘Christina’s World.’

Every so often we ducked into a little village with a name that I liked – Meppen, Zweeloo, Noord-Sleen.

We took a short break in Emmen, Drenthe’s largest town, which is in the opinion of some a candidate for ‘Most Boring Place in Nederland’.

It’s hard to deny that the city centre lacks rustic charm and character. 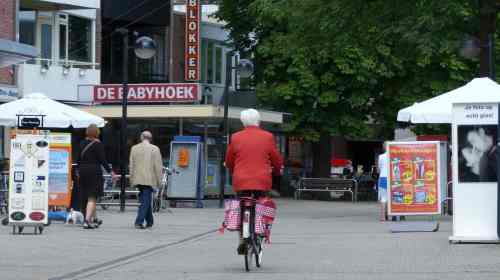 This is Emmen, but really it could be anywhere.

They do however have coffee and apple tart there, so we can forgive Emmen other shortcomings. 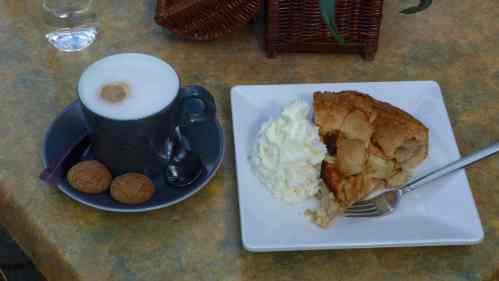 We’d earned the whipped cream too.

Then it was back in the saddle for another 30km round trip ride out to Roswinkel, the village where the family get-together had been arranged.

We were back in Emmen in time for an early dinner before putting the bike on the train.

And compliments to Rue de la Gare cafe in Emmen for a more than decent two course meal for a mere EUR11. Is there anywhere else in the Netherlands where you can find such value?

The computer told me we’d ridden 68.8 kilometres. For inzoomable map with printed evidence of this, click HERE. 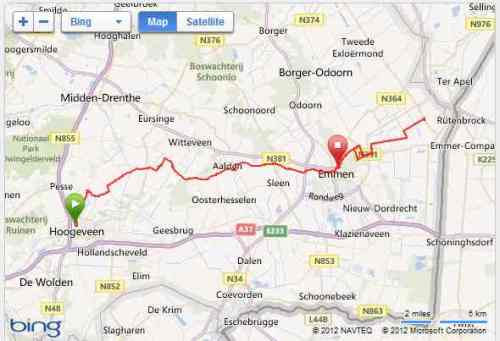