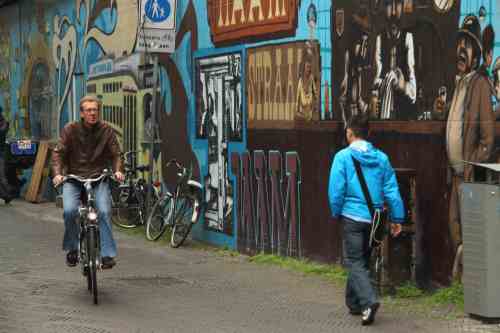 Raamstraat is a shortcut for most people.

We really came to The Hague (‘Den Haag’ to the Dutch) to see the Vermeers, but there was an unexpected bonus. 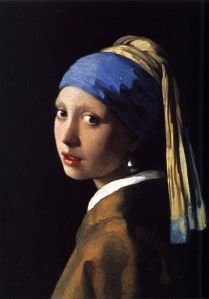 According to my calculations, Girl with a Pearl Earring is the second most famous painting in the world*.

She normally hangs opposite Vermeer’s View of Delft in the Mauritshuis, but while the old place is being renovated, she’s moved to temporary digs in Den Haag’s wonderful Gemeentemuseum (‘City Museum’) and will shortly be going on an overseas trip to Japan and America.

We admired her, marvelled at the fact that she once sold for 2.30 guilders, and went out into the streets of Den Haag.

The Hague is a no-nonsense sort of city, the seat of the Dutch government (though they don’t really have a government at the moment. The coalition has collapsed and we’re waiting on elections in September to see what will happen next.)

In any event, Den Haag is smart, clean, modern and not the sort of place to tolerate graffiti…except in the Raamstraat, a short laneway leading off a major shopping street, the Grote Marktstraat. 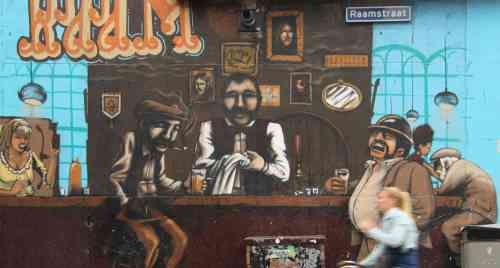 I didn’t know bars were a particular feature of Den Haag, but yes, it has them. 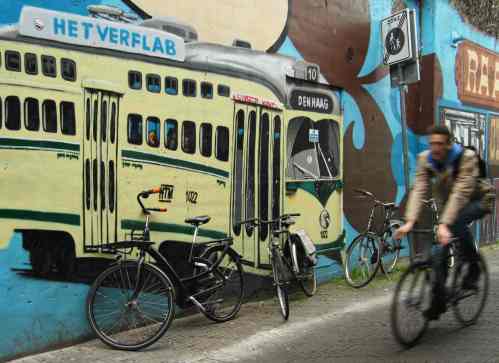 It certainly has trams. The Number 17 took us to the Gemeentemuseum. 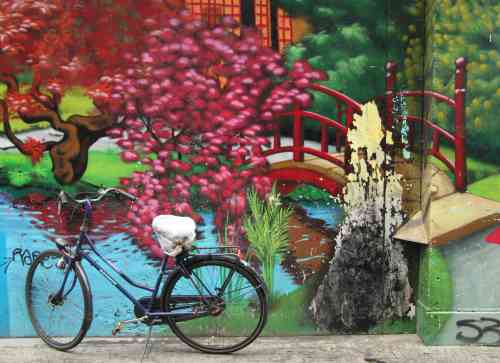 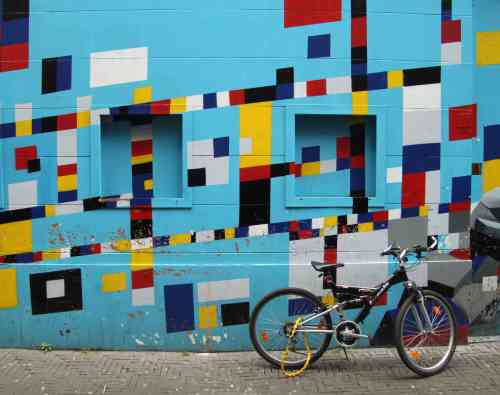 The Gemeentemuseum has a wonderful collection of Piet Mondrian’s work. 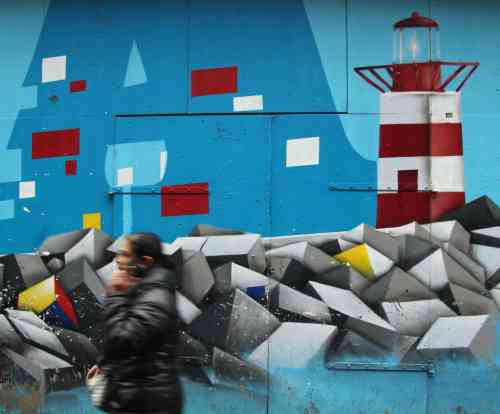 …and perhaps someone can help me by telling me the significance of this lighthouse. It looks different from the lighthouse I know in nearby Scheveningen. 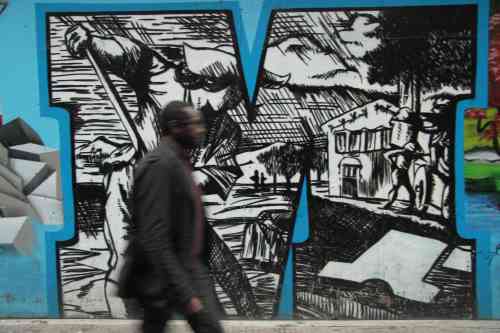 I don’t know what this means either, but I know what I like.

It costs EUR16.50 to visit the Gemeentemuseum, though we’ve bought museum cards (good value at EUR40 per year) which get us into most museums in the country for no extra charge. But we’re all for art being taken to the streets and to the people. It may not be Vermeer quality, but it does liven the place up. 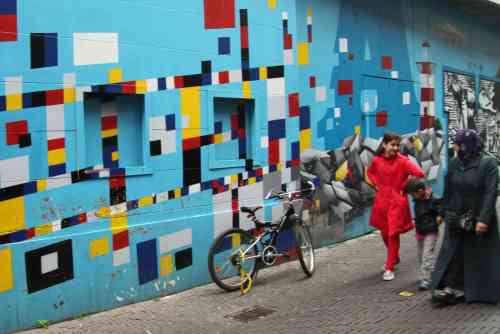 If anybody knows the identity of any of the street artists responsible for these works, let me know and I’ll add their credits to the pictures. 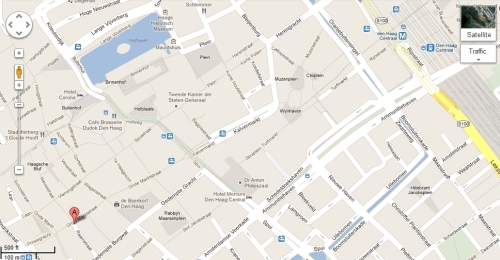 Raamstraat (A) is a short walk from Den Haag Centraal Station. Click on the map for a clearer version.

*I’m putting Mona Lisa at number one. Can anyone suggest rivals for number two?