The day on a Dutch barge begins early.

Holland is mainly made out of water and cycle paths, so a barge and bike tour is an excellent introduction to life below sea level. The Utracks organisation has organised the Tulip Tour experience for us. 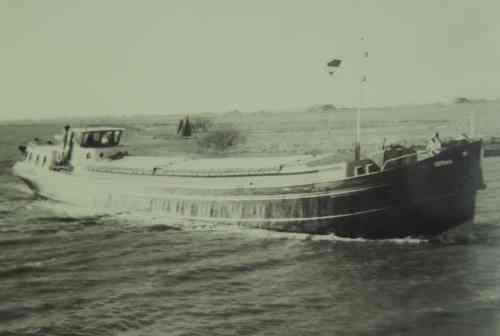 In the 1920s, the barge Holland usually carried sand. Then in the 1960s someone decided that carrying passengers would be more profitable.

That required some refitting. Now the Holland looks like this: 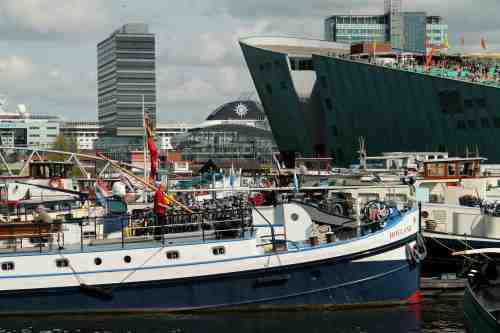 'Holland' in Amsterdam (in Holland).

A cook needed to be added to the ship’s crew. Sand doesn’t need to be fed. 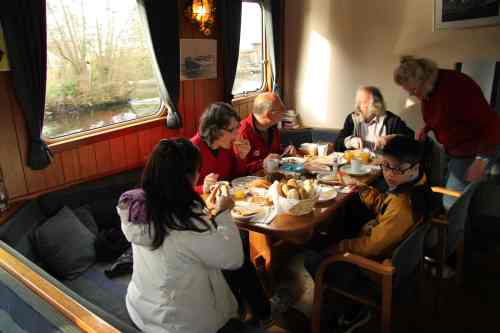 Our first stop out of Amsterdam was the River Spaarn in the lovely old town of Haarlem. 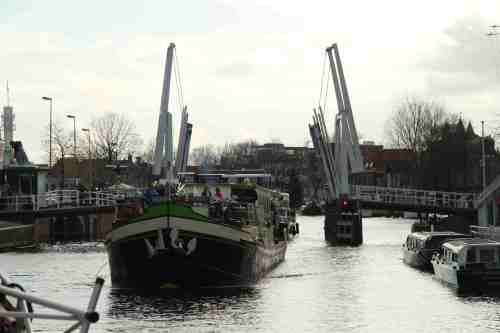 Our sister ship the Jelmar, following us through the bridges.

We glide along the canals, often waiting for the bridges and locks to open to let us through. There is no hurry. 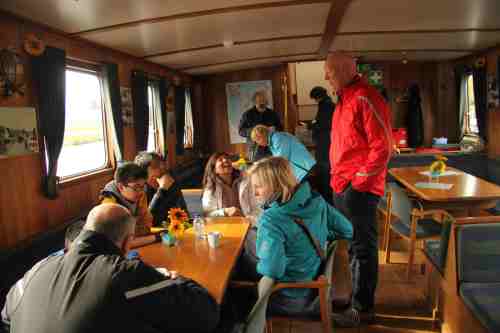 If life below decks is a little cramped, that’s no problem. It’s not the idea that we spend much time there. Up above our bikes are being made ready for action. 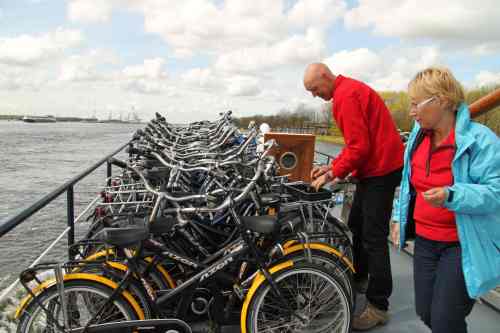 Does everybody remember which bike is theirs?

We won’t be setting any records. A leisurely 15-30km a day will be enough. 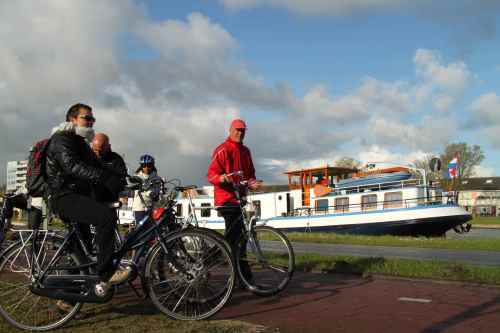 Ready for the road.

We have tulip fields to photograph, windmills to visit, and appeltaart to eat. Welkom in Nederland! 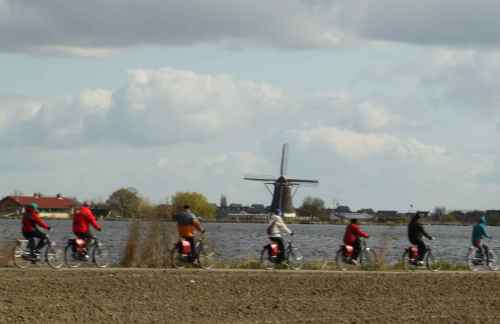 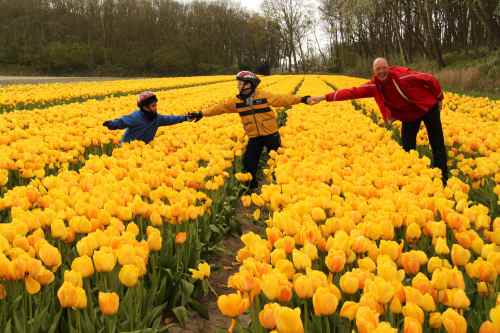 Are we having fun yet?

For an ‘inzoomable’ map of our route, click here. 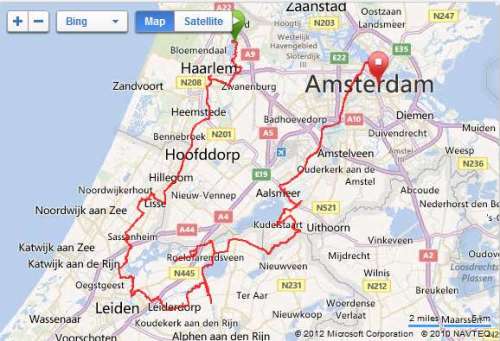 The writer was the guest of Utracks.

5 responses to “BARGING AROUND HOLLAND”