My occasional cycling partner Steven is a mountain man. Since we last rode together he’s acquired a smart new Specialized Roubaix carbon fibre roadbike and has clearly been putting in many hours testing it out.

My mission, should I choose to accept it, is to ride in his wake into the Megalong Valley in the lovely Blue Mountains outside Sydney. It’s a long way down, which experienced, thinking riders will realise means it’s also a long way up again. 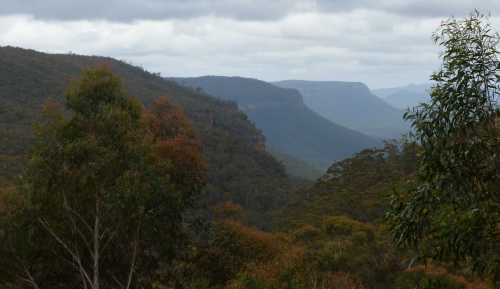 The Megalong Valley, viewed from above.

A heart-starting flat white at the Wattle Cafe is an essential tool of trade.

Then I follow Steven out along the road to Shipley Plateau – ‘a nice little warm-up’, he calls it. 5km or so of gentle undulations, and beautiful country.

I'm only able to take this shot of the front of Steven because he turned around here and rode back towards me. All future shots will feature his back.

From this road it’s a sweeping downhill run of 7.5km to the bottom of the Megalong Valley, nearly 700m below us. Average gradient…well, you do the maths. The gradient coming up, incidentally, is exactly the same as the gradient going down. Gradients are oddly consistent in that respect. 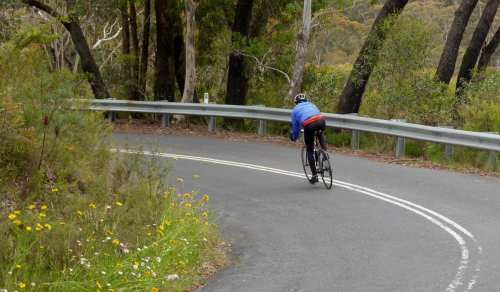 Check your brakes before starting descent. 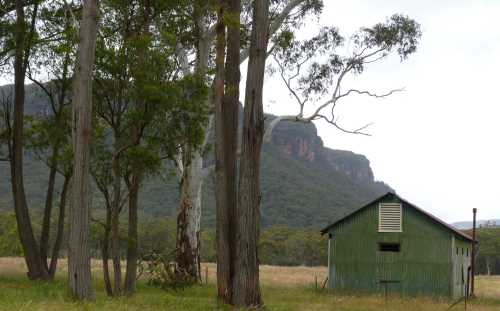 The valley floor - flat, beautiful and with a rusty shed to improve the photo.

Blue Mountains riders speak in hushed tones of the climb out of the valley. They’ve even painted a little symbol on the road to tell the gung-ho where to start.

The record for the ascent is 22 minutes. Steven’s personal best is 35 minutes. I’ll be happy just to get up there in time to catch my train back home. It leaves in two and a half hours.

Kangaroos ahead, please slow down. What sort of cruel joke is that?

Normally I don't stop to take photos in the middle of a time trial (I notice Cadel has the same approach), but the scenery deserves it, and I need a drink, and a rest and there'll be another train this evening, and tomorrow, and...where's that Steven got to?

Well done, Steven! 32 minutes is his new time to beat. I’ll have to take his word for it. I wasn’t there to witness his arrival at the top.

And I make it back to Blackheath with time for a leisurely lunch before the train leaves. That’s good enough for me. 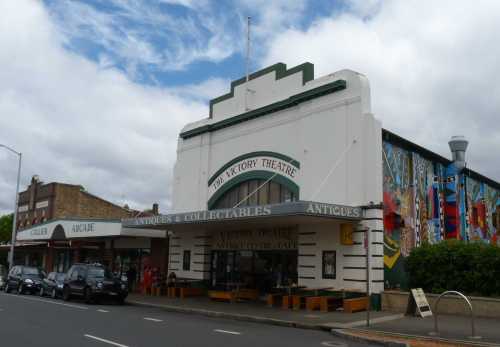 Victory Theatre, Blackheath. Coffee and a bike rack, the perfect combination. I see that they also deal in antiques. I'm feeling rather antique myself by this stage.

Thanks for a brilliant ride, Steven – surely one of the very best reasonably close to Sydney (just under 2.5 hours by train).

Cycling the Great Western Highway, the major road through the mountains, looks like a dreadful ordeal – narrow, with numerous sections of roadworks and heavy traffic. It’s great to discover (well, be shown) routes like this one with few cars and gorgeous views.

Are there other mountain road-cycling routes people can recommend?

...the route profile, the only stats that matter. (Note that at the 34km mark my computer and my legs hit the wall, but somehow made it to the top again.)