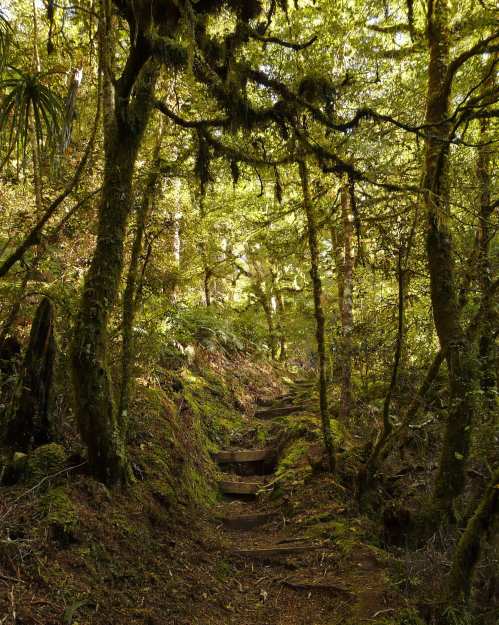 Are you up for a challenge? Able to take a year off work? A new Kiwi tramp, Te Araroa (the Long Pathway), opens in December 2011. 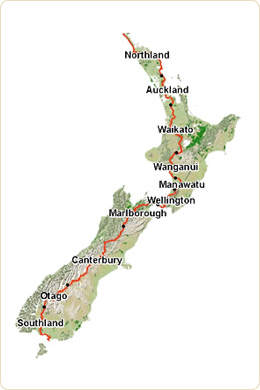 You'd be wise to carry a more detailed map than this, but it gives you an idea of what you're in for.

Hundreds of volunteers have worked to create the 3000km long trail, which will traverse New Zealand from Cape Reinga in the North to Bluff in the South.

Much of it follows existing walking paths, ‘down the coastline, through the forest, across farmland, over volcanoes and mountain passes, along river valleys, and on green pathways through seven cities,’ according to the Te Araroa website.

Thanks to the extraordinary variety of New Zealand’s terrain, this promises to be one of the greatest long distance walks in the world. The difficulty may be in the logistics of getting to and from starting points of stages in more remote parts of the country.

Advice on this is already available. A few fanatics have jumped the gun and walked Te Araroa already, using roads to skirt around unfinished track sections. Some of their stories and links to their blogs are posted on the site.

The website also has downloadable maps and trip notes.

New Zealand has some of the world’s greatest hiking, but the designated Great Walks are getting very popular and crowded in the high season. And I’ve done most of them now.

Te Araroa looks like a tempting alternative. Okay, probably not the whole thing, but it’s sure to have some great highlights.

If you know about any of them, please tell me. Stay where you are, New Zealand – I’m coming over! 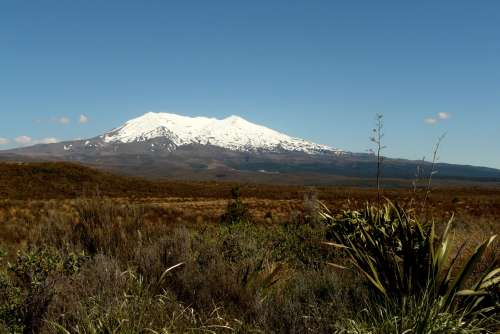