I recently did an interesting job, writing a brief alternative travel guide to the city I’ve lived in for more than half my life. I welcome suggestions for great places and events I missed out (and if you want me to review your hotel/restaurant/adventure, offer me a freebee), but here’s what I included… 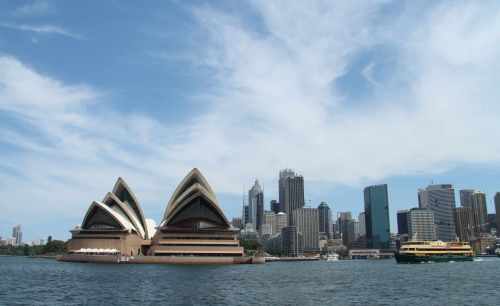 That Opera House looks like a nest of copulating turtles.

Australians who don’t live in Sydney are jealous. Melbourne people in particular enjoy niggling their northern neighbours. The Emerald City is a flashy, superficial town, they say. Lucky it’s got a sparkling harbour and brilliant surf beaches, because apart from that…okay, the weather’s sometimes good and yeah, yeah, there are those Blue Mountains…but apart from that Sydney just rests on its geographic laurels and pours itself a self-congratulatory beer. And BTW, that Opera House looks like a nest of copulating turtles.

Sydneysiders know better. Sure a lot of architecture is ordinary, public transport is limited and traffic’s a shambles. But we love the suburban neighbourhoods, the affordable casual food and the rocky parks wild enough to be a bushfire hazard every summer. And there’s water, water everywhere.

We enjoy Sydney’s multiculturalism and general social cohesion, though the current popularity of Australia’s ‘tough on border protection’ policies reminds us that not everybody is as tolerant as they might be.

‘Friendly and relaxed’ is how many visitors describe Sydney. This can extend to relaxed customer service – ‘Jeez sorry, mate, you been waiting?’ But usually it means people don’t mind what you say, do or wear, as long as you are friendly and relaxed too. ‘Drop round for a barby this arvo, dip in the pool, few of us are watching the match on TV. Just bring yourself.’ Should you get such an invitation, also bringing marinated steaks and a bottle of wine makes you an instant ‘good bloke’ or ‘good lady’.

Best of the Beaten Track 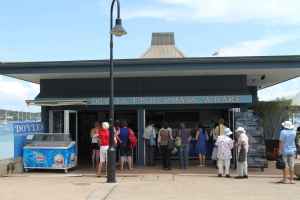 The cheap version of Doyles.

A ferry ride on Sydney Harbour is compulsory. This could be a trip to Manly’s beach and flashy, superficial shopping strip or, my preference, to Watson’s Bay, calling at little jetties along the way. Once you’re there, Doyle’s Seafood Restaurant is famous and, if you don’t want to pay for a seat, their takeaway fish and chips on the beach is a good lunch option.

Climbing the Sydney Harbour Bridge is popular, despite costing $188 minimum. Walking or cycling across the world’s biggest toast rack is free, and the view and athletic achievement are almost the same. http://bridgeclimb.com.au/

Of course you want to see the Sydney Opera House, and the historic Rocks area nearby is now almost completely given over to tourist shops and restaurants. Modern Darling Harbour is a major attraction, with its excellent Sydney Aquarium, less excellent Star City Casino and predictable souvenir shops. http://www.darlingharbour.com/

Taronga Zoo has a brilliant site overlooking the harbour, it’s fun for the kids and great if cuddling a koala is a high priority for you. The free flight bird show is a gem. http://www.taronga.org.au/ 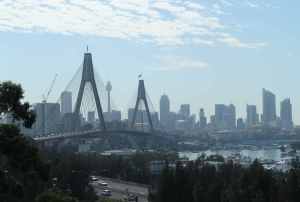 Too few visitors get to Sydney’s suburban areas. For real caffé, pasta and gelato in little Italy, take a short bus ride to Norton St, Leichhardt. Haymarket’s Chinatown is close to the centre, and for an even more authentic Asian experience, take the (one hour) train trip out to South-East Asian Cabramatta. You’ll see how enormous and diverse this city is, and almost forget you’re in a western country.

Districts around a university usually have interesting shops and good-value restaurants. King St, Newtown and Glebe Point Rd fit well into this category, being close to Sydney University on the bus route down Broadway.

For arty shops and Saturday markets, visit Paddington and Balmain. Paddington has some of Sydney’s prettiest streets; classic 19th century terrace houses with intricate wrought iron balconies. It’s the hub of the Gay and Lesbian MardiGras each March. http://www.mardigras.org.au/

The Blue Mountains - not high, but spectacular.

If you have any interest in the great outdoors, the Blue Mountains are a couple of hours away by car or train. They’re not high, but they are seriously wild, a plateau cut by deep, spectacular canyons. Buses spew out thousands of tourists at Echo Point, Katoomba, but there are better places for short or challenging day walks, notably Govett’s Leap, Blackheath or Wentworth Falls’ Conservation Hut. http://www.conservationhut.com.au/. WARNING: Don’t walk into the bush without the right gear and proper planning. Hikers die out there – really!

Naturally you want to go to Bondi Beach. Surf or work on your tan/melanoma if you must, but also take a sunrise walk around the cliff tops to Bronte. In November the Sculpture by the Sea exhibition is a knockout. http://sculpturebythesea.com/

But surfing in Sydney is a no-brainer, so how about snorkelling at Clovelly Beach? The ocean here is forced between concrete banks, and the fish life below the surface is amazing. 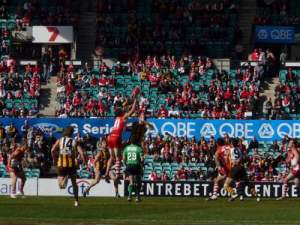 Sport is big in Australia – cricket in the summer, football in the winter. The great spectator codes are rugby league or Australian Rules footy. Sydney Swans play Aussie Rules at the former Olympic Stadium at Homebush or at the historic Sydney Cricket Ground. Sydney Football Stadium next door hosts a rugby league game most weekends. Tickets are normally available at the gate.

Camp on Cockatoo Island in the middle of Sydney Harbour in your tent or theirs, and wake to a million dollar view. http://www.cockatooisland.gov.au From $45.

Central, with award-winning architecture, harbour views above and an archaeological dig below: Sydney Harbour Youth Hostel, in the Rocks. Dorm from $39, double from $133 http://www.yha.com.au/hostels/nsw/sydney-surrounds/sydney-harbour/

Upper end: When you need somewhere central and somebody else is paying: Sir Stamford Hotel, Circular Quay. From $360. http://www.stamford.com.au/sscq/

You won’t go hungry in Sydney, whatever your chosen ethnic cuisine. Local seafood with an Asian influence is the standout. Australian restaurants allow you to bring your own wine which saves your wallet, despite the ‘corkage’ charged for opening your bottle. Though most wine now comes with screw-tops, calling it ‘screwage’ hasn’t caught on.

The Sydney Fish Market. The world’s second largest seafood market (in terms of variety) outside Japan. Your lunch killed and grilled while you wait. http://www.sydneyfishmarket.com.au/

Fish on Fire, Glebe Point Rd – eat in or take away. http://www.fishonfire.com.au

Thanh Binh, King St Newtown. Super and affordable Vietnamese. Order the cook-it-yourself and roll-your-own rice paper rolls. They also have a branch in their spiritual home in Cabramatta. http://www.thanhbinh.com.au/

For the very best:

Qantas flies to Sydney from the UK, Europe, the US and many Asian airports. Within Australia Virgin Blue and Jetstar (Qantas’ no-frills subsidiary) often have cheaper prices. Compare on: http://www.travel.com.au The train from Melbourne takes 12 hours and costs as much as flying. Buses are cheaper, but the gruelling trip takes all day.

For reviews and info on current shows, see:
What’s On: The official city council website http://whatson.cityofsydney.nsw.gov.au/
Time Out, Sydney: http://www.timeoutsydney.com.au

For reviews of the nightlife scene, see http://www.sydneycafes.com.au/bars.html

Grace Karskens’ recent epic The Colony is a serious history of early Sydney.
Kate Grenville’s beautiful novel The Secret River tells what happened to the Aborigines.
Ruth Park’s Harp in the South and Poor Man’s Orange are set in Sydney’s 1930’s depression.
For lighter modern stuff, any crime fiction by Peter Corris.

Soundtrack to the City

Classic from timeless singer/songwriter Paul Kelly – Have you ever seen Sydney from a 747 at night?
Australia’s current hottest music act is Angus and Julia Stone – a Sydney brother and sister duo who won 3 ARIA awards in 2010.
And to go with your footy: Mike Brady – Up there Cazaly. Play it with footage of Australian Rules Football highlights and you’ll be hooked on the sport before you’ve even seen a game.

This article was commissioned by, and first published on www.urbantravelblog.com